How can an architect design a building to reduce landfill usage by occupants?

I'm currently working on a project with an organization that has four major goals for all of their facilities:

(They have specific measurable numbers for each, which aren't relevant to this question.)

When thinking about the design of new buildings, the strategies to accomplish the first three goals are straightforward -- efficient heating/cooling systems, solar panels on the roof, low flow faucets, etc.

But what about the fourth goal? What can be done during the design phase of a building that will help occupants reduce waste sent to landfills during the occupancy phase?

I'm only looking for strategies that an architect or engineer would place on design drawings or specifications that affect how a building is built.

There are some design strategies (such as material choices) that can reduce waste during construction -- that's not what I'm interested in.

The buildings in question are schools, but I'm interested in strategies for any building type. I'm also assuming the building management team will implement good waste management practices. So how could the building design make their job easier/more successful?

This question needs to consider waste management for two phases: construction/renovation and occupation.

Just in time acquisition of materials could also help in reducing construction waste.

As afar as the occupiers of the buildings are concerned:

I think the first thing you will need to do is obtain information on the types of waste that would be produced. If the client cannot provide it, ask nearby schools what types of what they generate, how much they generate and how they dispose of it.

These are just simple means:

This list is probably not complete, feel free to add

A lot of office kitchens/lunch rooms I've seen have only had one available bin (i.e only landfill). The designs of these kitchens did not account for having multiple waste streams - thus there was only one cupboard/cabinet or freestanding bin.

Some buildings awkwardly 'solved' this by having another free-standing bin for recycling, but very few of them had a dedicated bin for green (organic) waste. Even my current office building, arguably the newest one I've worked in (it was built this century), has two inbuilt bins for waste and recycling, and an awkward small 'container' on the bench for organic waste.

Thus, if you are designing the buildings and deciding where built-in bins go, ensuring you have appropriate bins for each waste stream would be a good step. Especially in the case of schools. If you are at all involved in the design of the playground layout, ensuring there are plenty of fixed bins for different waste streams: something like this: 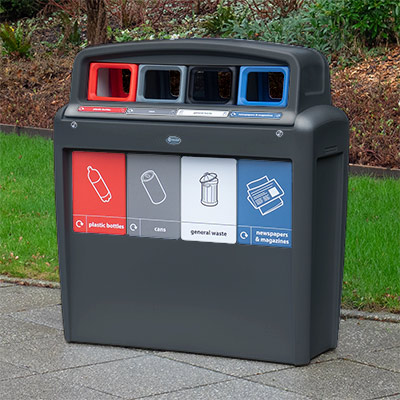 Have a dedicated space for final garbage pickup

One office I worked in did not have a recycling bin anywhere. When I spoke to the secretary (who in turn raised the issue with the building management) - the response we got was they simply did not have the space to place a secondary dumpster to handle a separate recycling stream.

Thus, ensuring you give adequate space for garbage collection/pickup is essential. It's one thing to provide the bins in the buildings, but if maintenance/cleaning crews cannot dispose of them correctly then it's all gonna end up at the same point anyway.

Another factor on the design side to consider: make it clear what that space is for. If you leave it too open to interpretation - like just leaving extra space along a wall in the carpark - it might end up being the space they park the school bus, or the principal's private car spot. Clearly demarcate it as the place that the dumpsters should be: signs, dumpster facades, or sheds can work for this: 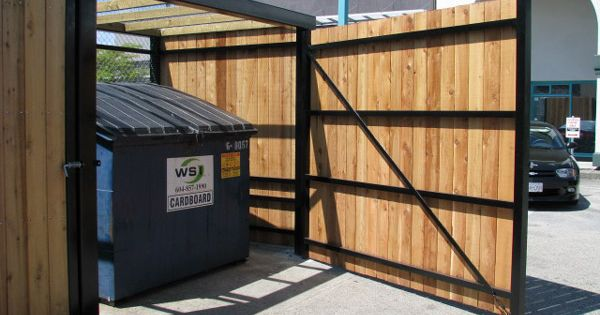 This one is more specific to the idea of designing a whole school, and might not apply in your case, but: design a space for a greenhouse (or even just a veggie patch), which could divert green waste from the bins into compost piles.

It would more than likely require buy-in from the owners/government education body, but the idea of schools hosting a vegetable patch for the kids to learn about plants and food has seen growing (ha!) support. If you're lucky, there might even be grants in your country/area to sweeten the deal!

One such site I found was Arcadia School Greenhouses who have some neat designs: 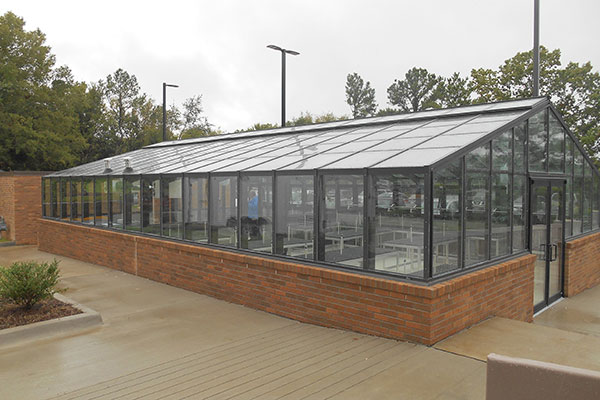 Similar to the one above - even without a big greenhouse on site - buildings with plenty of gardens/open space (such as school grounds) could benefit immensely from having composting systems built-in, with organic/green waste being diverted there for landscaping/gardeners to use.

This would of course depend heavily on the overall design of the buildings, and whether they have those open spaces that would make use of the compost in the gardens. 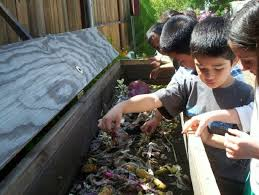 Especially in a school - reduce reliance on single-use plastic bottles from the canteen/lunch room by having plenty of bays of drinking fountains strategically placed around the school for the kids to use any time. 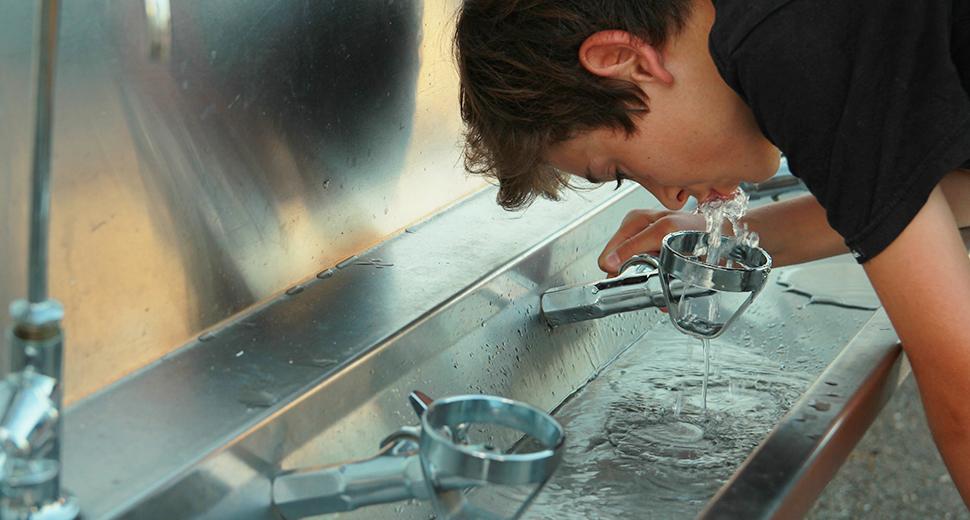 You could even use the kind that double as bottle filling stations, so that people can re-fill their water bottles as required, something like this one: 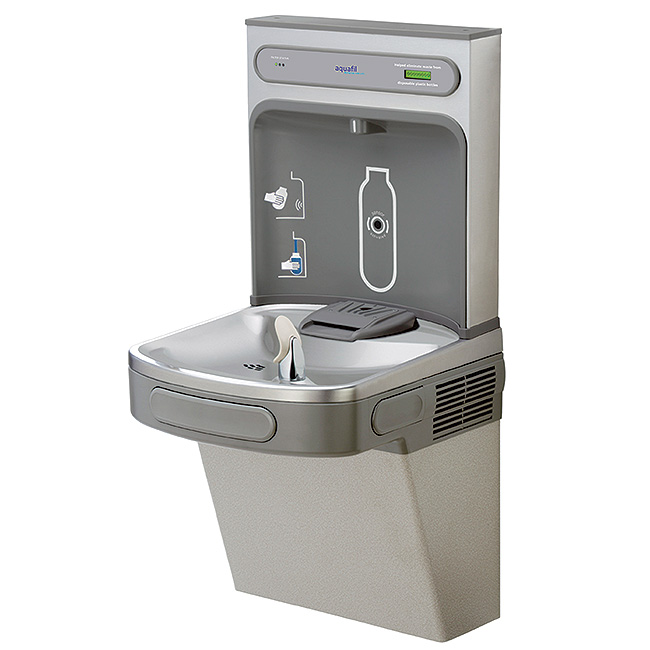 Well, if there aren't solar panels on the roof then a metal roof-covering will reflect solar heat and make the building cooler on hot days. Then trees can keep the parking lot cool.

Metal roofing to reflect solar heat is available as a steel standing-seam roofing that has a granulated paint. Or a pebble-finish 304 metal-roofing will work just as well and not require paint.

Also, heating and air-conditioning can be reduced with ground-source heat-pump systems.

Or hydrogen-fuel-cell systems can run off a natural-gas line and then the production of electricity also produces heat for winter use or for hot-water use or for kitchen use.

For reduced water usage then rainwater can be collected from the roof in elevated 304L tanks and used for toilet flushing.

Not the answer you're looking for? Browse other questions tagged waste-minimisation building or ask your own question.

23
How can I manage my fridge's contents better?
2
How to reduce the environmental impact of drinks containers