Stack Overflow for Teams is moving to its own domain! When the migration is complete, you will access your Teams at stackoverflowteams.com, and they will no longer appear in the left sidebar on stackoverflow.com.

Check your email for updates.

Are there long-distance water pipelines emanating from the North American Great Lakes region? Why or why not?

Are there long-distance water pipelines emanating from the North American Great Lakes region? Why or why not? Under what circumstances would this be an ecologically reasonable way to provide water to other parts of the continent? How would the ecological impact of this compare with desalination or other methods?

However, if it would be socially/ecologically good to send water from my upstream water systems to other people, then the importance of building good water habits and practices would be higher, to prepare for the time when we start sending water out across the continent.

I can provide an answer for the first part of the question: No new water diversions out of the Great Lakes region are allowed. 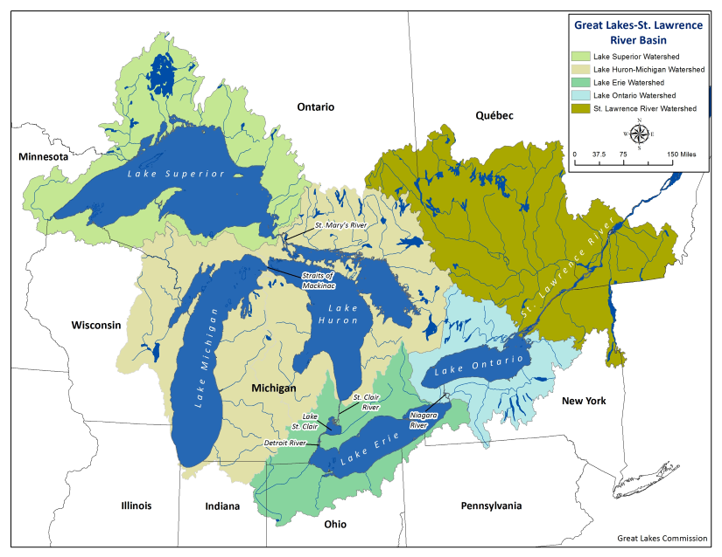 The compact is an agreement between the U.S. states of Illinois, Indiana, Michigan, Minnesota, New York, Ohio, Wisconsin, and Pennsylvania; and the Canadian provinces of Ontario and Québec.

There are only three exceptions to the restriction on diversions:

Since 2005, only one exception has been approved, for Waukesha, a Wisconsin city straddling the basin whose own water supply was found to have high radium levels. As part of the exception, Waukesha has to return the water back to Lake Michigan after it has been treated, so that there is no net loss.

One diversion out of the Great Lakes basin already existed prior to the agreement (source):

The Chicago diversion from Lake Michigan into the Mississippi River system is the only major diversion out of the Great Lakes Basin. 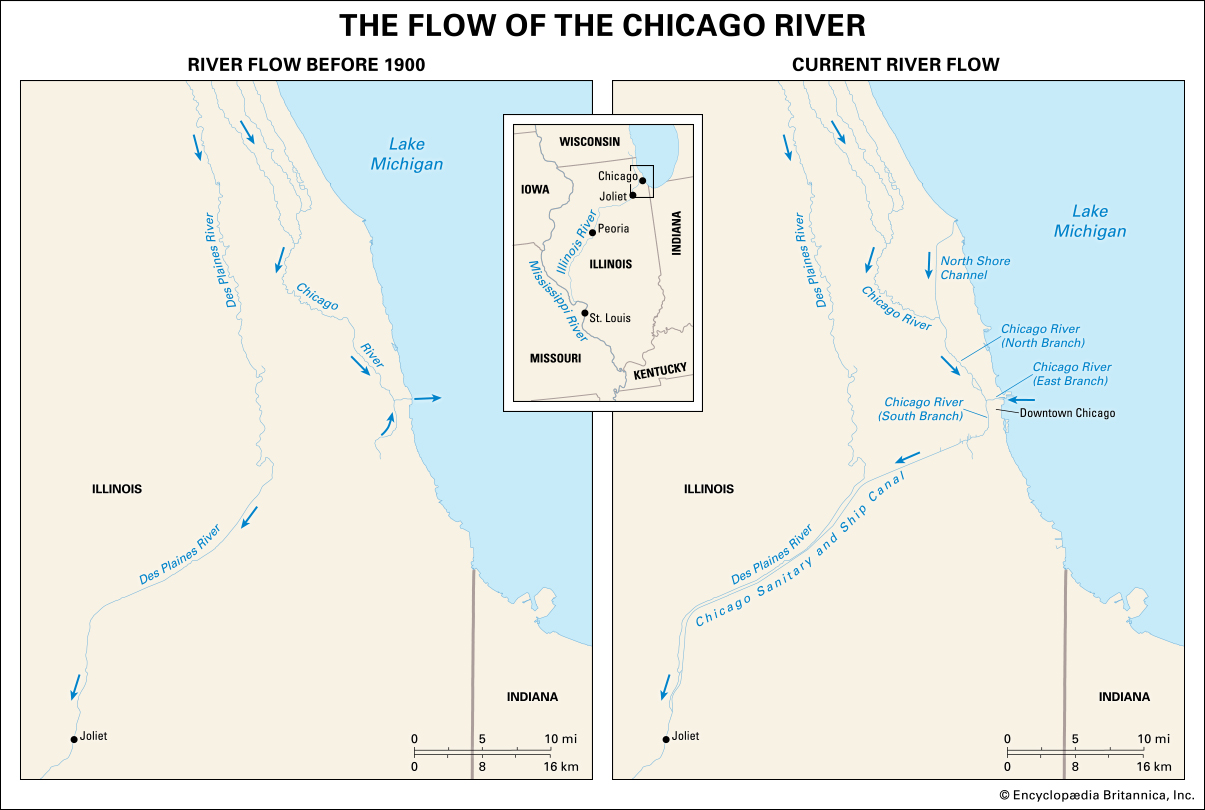 In the 1880s, the flow of the Chicago River was reversed to address problems with the sewer system, carrying water out of Lake Michigan and eventually to the Mississippi River. Other states complained about this, concerned that it would lower the lake level, and eventually a 1967 Supreme Court Case capped the outflow at a daily average of 3,200 cubic feet per second (about 91,000 L) (source).

As a condition for entering the compact while maintaining the Chicago River diversion, Illinois is not allowed to request any additional diversions.

25
Does a dishwasher save water in the long term?
4
Are there hard water purifiers for the main water pipe into an apartment?
6
Are there different types of water-source heat pump?
4
Why is there so much scarcity of water?
5
Are The Great Lakes Getting Cleaner or Worse?
4
Why the eco-friendly soy ink is not abundent on the market?
2
Why not use scarce California water for almond milk?
3
Are there environmental benefits to a water softener?
1
Could multiple ram pumps be used to fill a watertower for a pico hydroelectric system?
3
Is the drain-off water from water purifiers fit for gardening?