Why are unbleached paper products like napkins so expensive and hard to find?

Unbleached paper is reported to be better for the environment, but my local supermarket doesn't carry unbleached paper products at all, and while I can find them at a store like Whole Foods, they tend to cost more than twice as much as the bleached products. Ironically, my supermarket has unbleached napkins available in its take-out food napkin dispensers, but they don't sell them.

Does unbleached paper really cost more to manufacture, or is it just lack of demand that drives up the cost of unbleached paper? I'm not aware of any drawbacks to unbleached paper other than appearance. Unbleached toilet paper seems even more rare (even in commercial restrooms), and that's a use where you'd think consumers wouldn't be overly concerned with appearance.

There is a possibility you are looking for the wrong thing.

In Australia we have a reasonable selection of "not rebleached" 100% recycled toilet papers which are almost identical in whiteness to regular bleached papers. So maybe you are looking for brown when there are white options which fit what you are after (pulp sourced from sustainable options or 100% recycled, not bleached etc.)

I use Naturale at home and it is one of the low cost options at the supermarket, is available Australia wide and I would say it matches any other brand in terms of quality.

I also stumbled across this, which may prove helpful:

How will I know if I am buying unbleached, environmentally safe toilet paper?

The paper industry has recognized the consumers interest in getting chlorinated chemicals out of the bleaching process. You will be able to choose the right paper, made without ANY chlorine, if you remember just a few simple terms:

When making paper from fibres, the fibres are chopped up into pulp, which naturally has a brownish grey colour. Cardboard boxes and packing paper are the natural colour for unbleached paper. 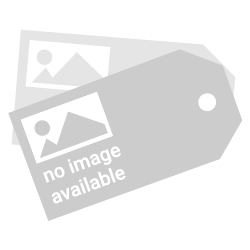 Presumably white paper feels "cleaner", so I think that it is simply a case that unbleached paper is more expensive, because it is harder to sell.

As the question has inferred, it is logical that by not using bleach in paper products (in this case the household consumer type) it would cut cost and also save the toxins from the environment. To find the answer one must look at the bigger picture for it has to do with a number of contributing factors much larger than the bleaching of a piece of paper.

One of these contributing factors is the fact that our current economic model puts zero value in nature or ecosystems. It is based on a business mentality of survival of the fittest with “survival” meaning those that can make money in the economic conditions. There is no benefit in conservation in a model that has no way of equating such with cost, profit, ROI, etc.

Another contributing factor is that the corporations had been given an exorbitant amount of power back in the late 1800’s. Since this time, corporate power has increasingly gained traction in the political arena through (among other things) the power of lobbying, the landmark decision that a corporation is a person and the filling out of the Cabinet by corporate VPs, CEOs, Board Members etc. This ensures that the corporations’ best interests are looked out for when drafting and revising new bills.

Many of the controlling powers in the tissue industry (wood pulp) are long-standing corporations that first made their mark in logging old growth forests such as Weyerhauser, GP and Kimberly Clark. They like all corporations that profit off the exploitative harvesting of a natural resource that is exhaustible go through a boom and bust cycle. When they run out of the natural resource their profit margins go down. However, they maintain a high degree of power and influence in the political arena.

Yet another factor is that the pulp and paper business is what one may consider an old sector of the economy such as the railroads, mining, etc. In such large corporations that began so long ago they are adverse to change and when they do it is much slower in comparison to say, nanotechnology. They do not adapt well like the new sectors because their infrastructure has basically stayed the same for more than a century. In contrast computers, chips, etc. have been made to adapt because their marketplace changes virtually overnight.

What does this big picture stuff have to do with unbleached toilet paper you ask? Nearly everything. I have just laid out a number of factors and to summarize: The “power brokers” of the logging pulp and paper industry have no incentive to change. Their business model is adverse to change. The early industrial age business model was not designed like that of today's information age companies. Not previously mentioned there is also a large, powerful industrial chemical complex that doesn’t want to lose business that will be replaced with nothing. These corporations have to answer to the board members and stockholders about projected quarterly earnings. (However, we as consumers have the power to change this through our buying habits).

Yes, there are several retail companies such as Seventh Generation and other reputable companies offer unbleached tissue but the price is expensive compared to bleached toilet paper (which is illogical unless you take into consideration the above and the next statements) . Seventh Generation is the #2 rated company on the planet by Better World Shopper based on their overall social and environmental records. This rating is achieved by a 5 step process which starts with over 20 years worth of data collected from a wide range of public, private and nonprofit sources. To be ethical costs money in a capitalist free-market economy that does not value natural resources and workers rights (hours, wage, age, etc.). This can be applied to many things that seem illogical like organic food.

There is good news. Thanks to authors like Paul Hawkens and William McDonough there is progress. There are a number of think tanks around the world such as NEF, Happy Planet Index, Paecon and the Cambridge Trust for New Economic Thinking that are working together to create a new economic model that values nature. There are also more immediate action views like Kick It Over Although, these positive points may not pertain to the question, I did not want to leave my answer sounding so pessimistic ;-)

Marcal on the East Coast of the US is a reasonably priced napkin, paper towel and t.p. manufacturer that can be found in supermarkets. Their slogan used to be "Marcalculate and save :)"

Not the answer you're looking for? Browse other questions tagged paper or ask your own question.