Worm bin design using stacked wood frames - is it okay to have gaps between frames?

I have used worm bins before that we premade with plastic. They were nested bins such that the bottom of an upper tray was directly touching the scraps piled up in a lower tray. Worked well! Now at a new place I built a basic worm bin with wood, based on designs I found online. It looks good but I am unsure of the gap between bins. Here's photos then details on the gaps: 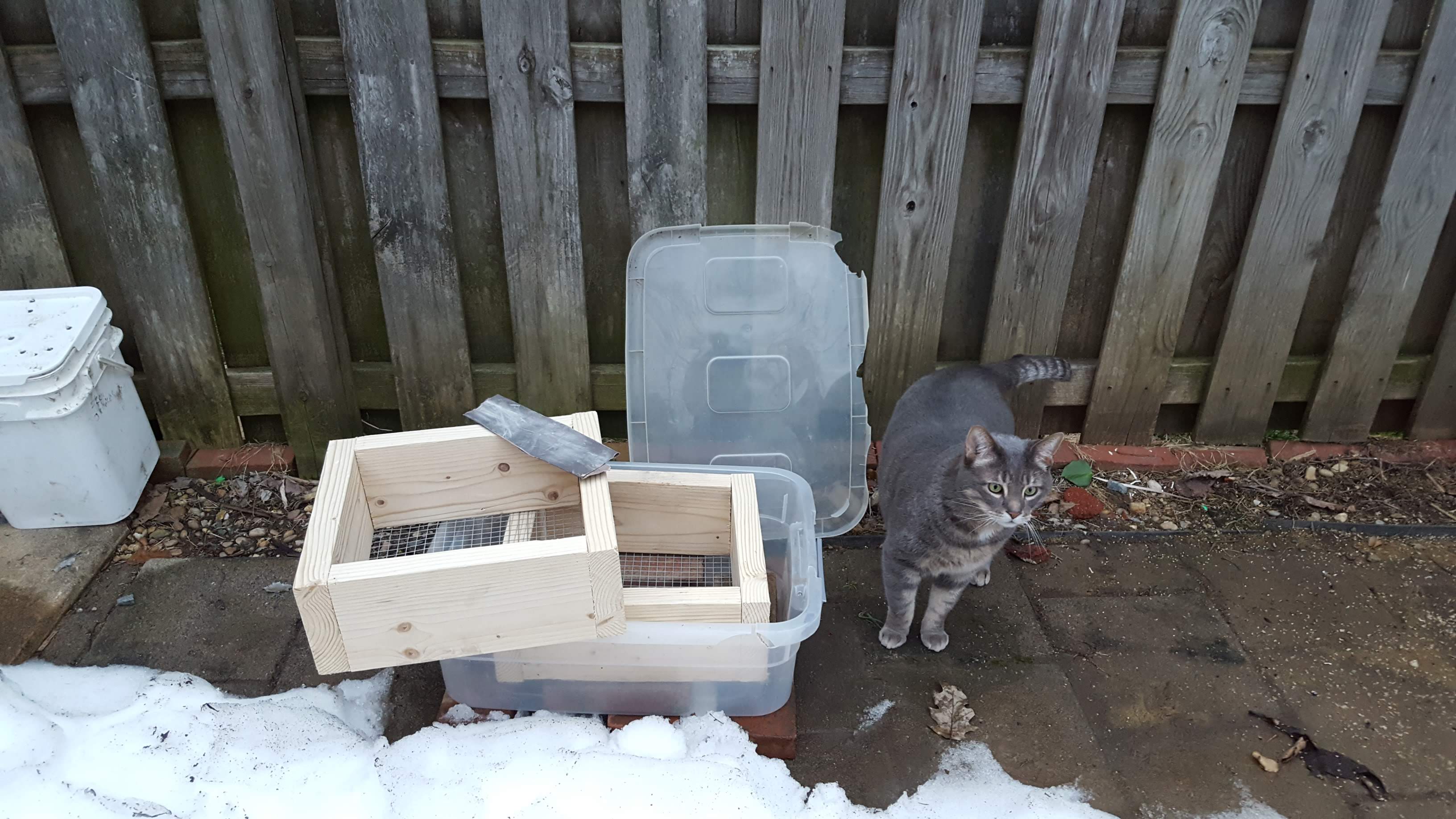 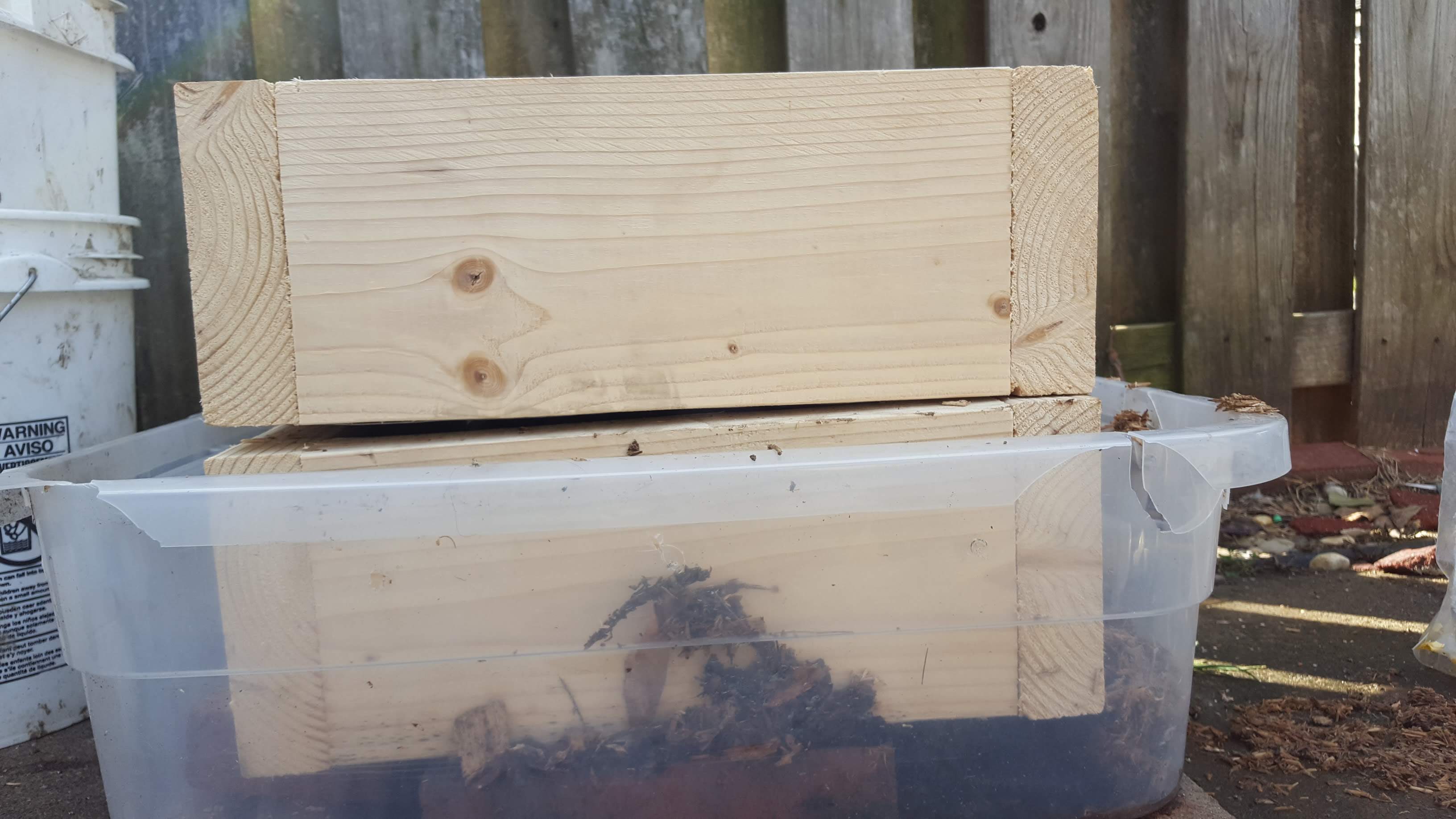 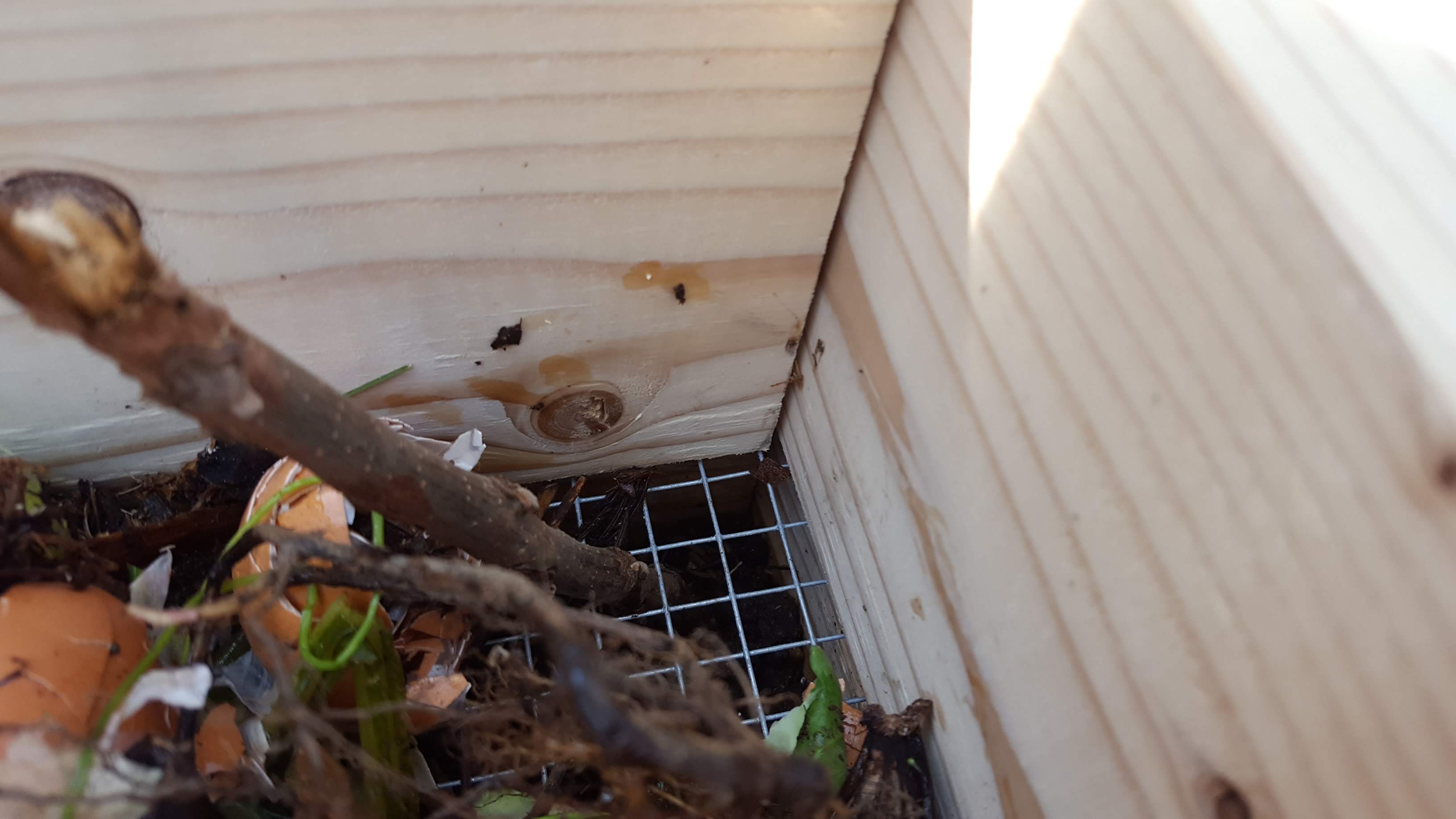 The first picture shows the basic idea with these boxes. There will be 3-5 boxes total, depending on decomposition and fill rates.

The second picture shows the gap I am most concerned about, gaps between the boxes. The wood and my carpentry is not perfectly straight, so the frames don't sit entirely flush with each other. Most of their sides touch but there are corners and some sides that are separated. Is this an issue for worms (migrating between bins, or being happy with their climate)? If you think it matters, any tips for covering the gap? I would think the gaps improve airflow which is good, and the worms can still travel between bins on the touching parts.

The third picture shows another gap which I think is less of an issue. Because the bins are not nested, the contents of the lower bin are only in contact with the mesh-bottom of the bin above it if the pile exceeds the height of the lower bin and gets pressed down. That is not the case now but will be over time. Is this gap something also important to avoid, or is it not an issue?

Time will tell but I wanted to get others' insights on this too as I start the bin. I will be using a combo of European nightcrawlers (earthworms) and red wigglers. Bedding is mix of soil and rotting coarse sawdust, input is uncooked organic veggie and fruit scraps sans citrus.

A too large gap could dry the system, but I think it is fine as it is in your picture, except if you bring too much dry waste. Just keep an eye on it from time to time to be sure that moisture is still there on the internal wall. But as you said, ventilation is important in vermicomposting.

The main issue with such a hole is that flies can come to lay their eggs and then you could have many of them. If you don't care, it is fine; if you care, then it is fine only if you bring non-sweet waste mostly.

Small rodent may also try to pass in to snack some worms...

12
How to get rid of fruit fly infestation in worm composting bin?
7
How should I manage a worm bin that is inside a kitchen?
13
Purpose of a bottom container beneath a worm farm
7
How much garden waste can a 4x2x2 (feet) flow-through worm bin process each week?
7
Worm Bin Health
5
How deep should my bedding be in my bucket vermicomposter?
8
Composting bones in a worm bin
4
Is hot composted material still beneficial to worms, or have the worm suitable nutrients already been consumed?