What are the advantages and disadvantages of using cylindrical Fresnel lenses as PV concentrators?

There is a big advantage to cylindrical lenses. If you arrange PV cells in vertical stripes (e.g. covering 20% of the surface) and put vertically aligned cylindrical Fresnel lenses, as the sun moves from east to west (or west to east in the southern hemisphere) you just need to move the Fresnel lenses (or probably more easily the PV panel behind it) in the horizontal direction. What's more, this movement is a sinusoidal movement which can be done mechanically with a simple clock-driven gearing and with little power since it only requires movement in the X axis. So you have a PV that can receive highly concentrated sunlight in a small surface covered with high-efficiency cells, without needing complicated sun tracking (the Y axis is irrelevant, as at worse you lose a small fraction of the light at the top or bottom of your panel).

This is all ideal of course, and there are other factors to consider:

But all in all, especially on high latitudes, this design should be much more cost efficient than a traditional fully-covered PV panel.

This is a rather broad question, but in the comments the OP has specified that they are comparing cylindrical Fresnel lenses to "normal" Fresnel lenses. We can get some insight by considering things at a high level, and considering why lenses might be used on PV at all.

Within its normal operating range, the relationship between the amount of light falling on a PV cell and the amount of electricity produced is roughly linear: 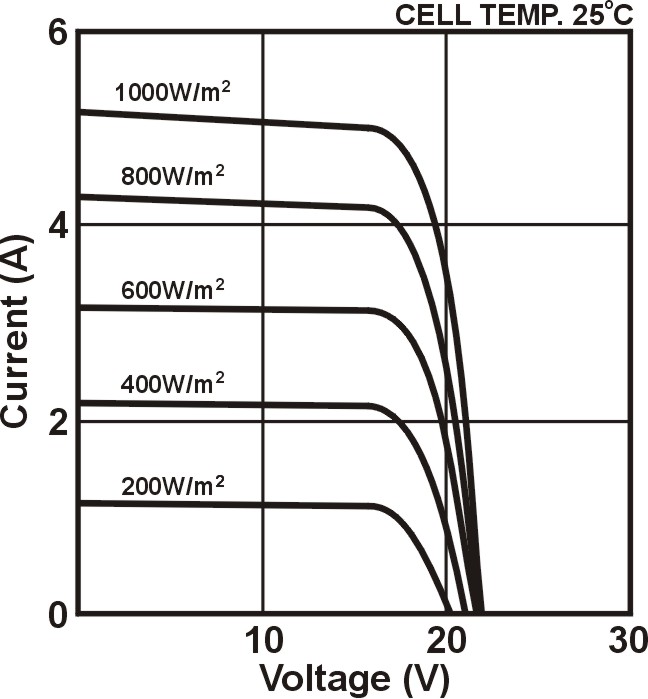 The amount of electricity produced also scales linearly with the area of the PV panel: more panel = more electricity.

If we put a concentrating lens above a PV panel, what we are effectively doing is collecting the light from a wide area and focussing it on a small bit of PV material. Given the two linear relationships above, all else being equal this should give a similar output to just covering the wider area with unconcentrated PV and doing away with the optics.

Any advantage or disadvantage to concentrating optics must, then, lie in more detailed factors. For instance, it might be worth using optics to allow the use of a smaller quantity of more expensive PV material. On the other hand, concentrating the light on a small area also concentrates the heat, which must then be dealt with... there's an engineering optimisation to be done there.

This allows us to come back to the question of cylindrical (linear) vs spherical lenses. Cylindrical lenses concentrate the incoming light in only one dimension. As such, they can be considered as a compromise between unconcentrated PV and full spherical lens arrays. They may also be cheaper to manufacture and install than large numbers of spherical lenses (but I have no evidence for this, and if microlens arrays are used for the spherical version, it may not be true).

Depending on the exact intent of the question, you may also find the answers to this question on physics.SE to be of interest.

Not the answer you're looking for? Browse other questions tagged energy solar-power or ask your own question.

10
Why are Fresnel lenses not widely used in the production of solar electricity?
8
Can solar energy be too focused onto a solar cell?
2
Less energy consumption when we stop using fossil fuels?
4
Why is solar energy so expensive?
7
Is solar energy the best renewable source of energy?
5
What capacity solar system is required for new homes under the California 2019 Building Energy Efficiency Standards (Title 24)?
1
Are there currently any solar panels that are produced/built entirely with solar power/energy?
3
Dominion Energy (Virginia) solar standby charges
1
What is the typical embodied energy of a solar photovoltaic panel?