Which types of spare electric motors from common consumer appliances are suitable to repurpose as generators?

I've heard that washing machine motors (in particular, the Fisher & Paykel branded ones which are local to me in New Zealand) are quite suitable for repurposing for generation use.

Other types of motors which might typically be spare include:

How can I determine which motors might be the most appropriate for a particular use, with regards to repurposing as a generator?

The electricity generated might be used to charge batteries, or with larger motors, even contribute towards a household. I want to keep this question general with regards to the type of use, so I can understand how to choose a motor to work with.

electricity wind-power electricity-generation
Share
Improve this question
asked May 2, 2014 at 4:59

DC motors: The most suitable motors are those which have permanent magnets in their rotors.

Traditionally these were pure DC motors - where DC was fed into the motor rather than AC such as is obtained from AC mains or via a transformer, but the boundary has become blurred as a BLDC motor or BLDCM = "Brushless DC Motor" uses electronics to take supplied DC and create required AC fields.

Alternators and generators: Also suitable are devices intended originally for power generation rather than as motors. A car alternator is in this class. Due to industry attempts to lower cost a car alternator is harder to use in some applications than eg a BLDCM.

Induction motors: These are the majority of appliance motors in the 1/4HP (200 Watt) to several HP (2000 W +) range. These are generally NOT considered suitable but in many cases could be used with suitable expertise. There are usually enough alternatives available to make the use of induction motors unattractive.

Of the list you provided the following are DC motors which can be used either directly or with minor changes.

The details can be complex so this is a quick summary. I can provide as much information as desired if more questions are asked.

An example of s Smart Drive motor on its way to becoming a windmill alternator. From here
Note magnets in rotor and many coils of wire on stator. These are wound as 3 phases and there is much discussion on web re reconnecting these to achieve various desired results. The magnets are relatively low grade ferrite due to the low cost - F&P evidently decided they could get value for money performance wise with lower cost magnetics and more effort in overall size, laminations, copper used etc.

The Back Shed has much on wind power and power generation. Their older pages 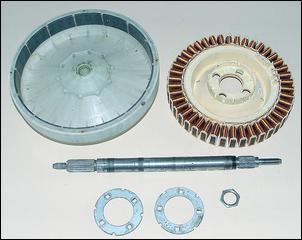 Using an older style (5.25") floppy disk drive stepper-motor directly.
Power output is only a few Watts.
Stepper motor is "coggy" due to magnetic attraction to stator poles and does not start well in low wind. 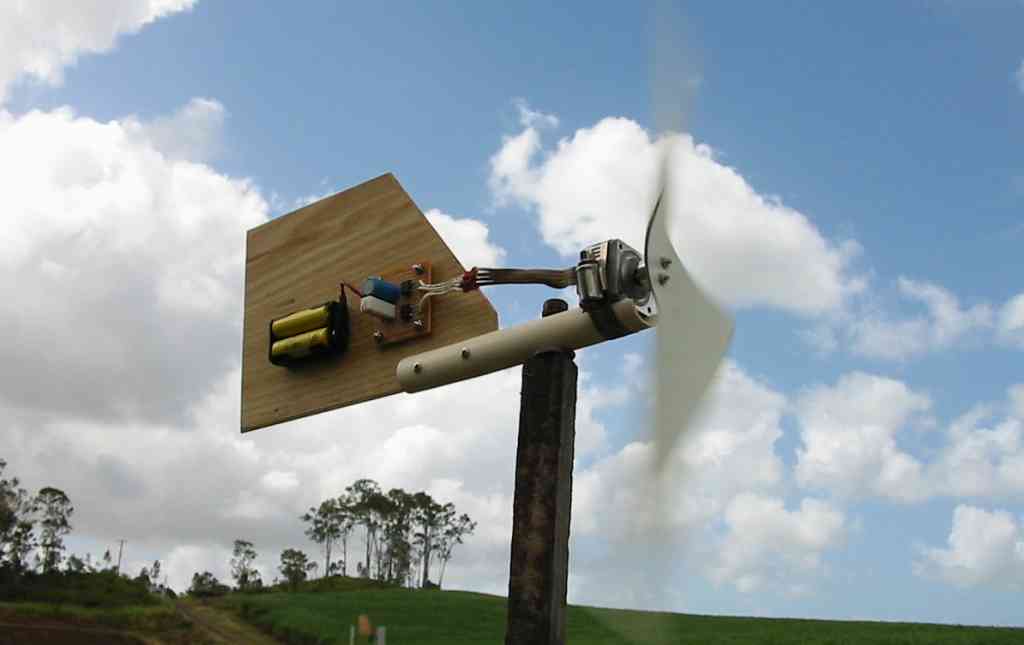 Not the answer you're looking for? Browse other questions tagged electricity wind-power electricity-generation or ask your own question.