Where to find cross-country data on winter thermostat (temperature) settings?

I am interested in finding the corresponding figures for other developed countries (e.g. US, Japan, Germany), where can I find these?

My anecdotal experience in the US is that the standard winter thermostat setting is 70°F (21.1°C). Reducing it to say 68°F (20°C) tends to require a concerted campaign, even at a liberal arts college.

My belief and hope is that if people in the US were made aware that people from equally rich countries are able to suffer much lower temperatures, then so can they. But first I'd like to know where such statistics/data can be found.

Quote that inspired me to look for these data:

I recall the English (now American) economist Ronald Coase telling me that until he visited the United States he did not know it was possible to be warm. (NYT, 2012)

While researching for another question, I found some data for the US that might be helpful.

The EIA's 2009 Residential Energy Consumption Survey includes thermostat settings organized in several ways, including by state, income, census region, type of home, etc. Here's a sample of what the data looks like: 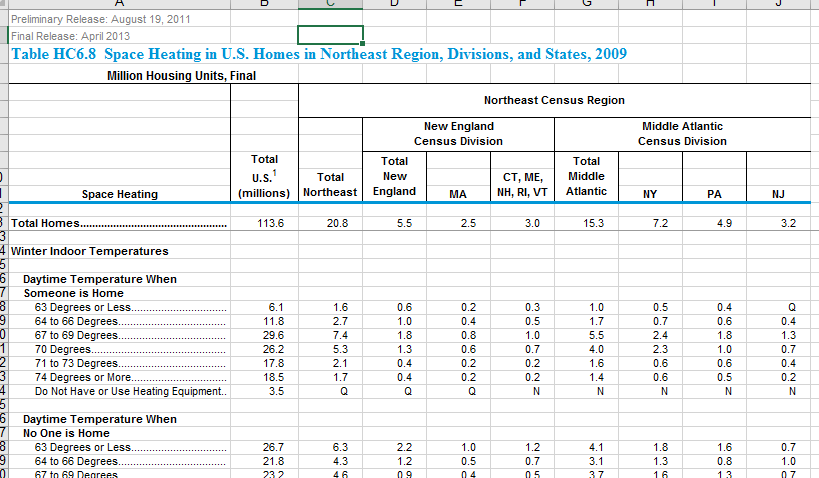 6
How much could the US reduce its electricity demand if people moved from Texas back to Ohio?