How many hours a day would you have to pedal to generate enough electricity for your apartment?

The bicycle is the most efficient machine ever invented in terms of energy conversion.

The idea of converting the energy produced by exercise machines to electricity is hardly new.

Now suppose that your family's house (or apartment) were equipped with a generator, a stationary bike connected to it, and a number of rechargeable batteries. 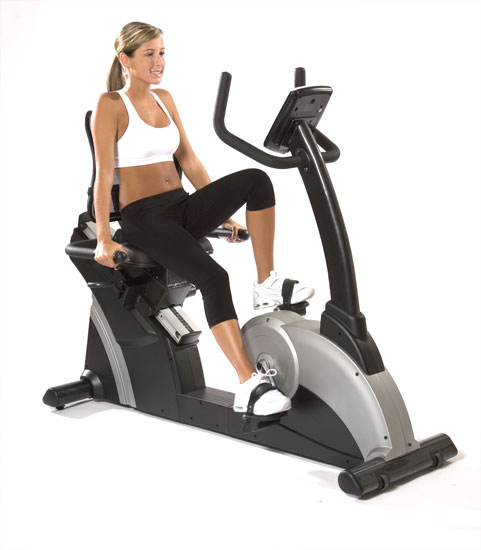 With four people living in the house with the standard complement of amenities (i.e. two bedrooms, two laptop computers, one TV, one stove, one water heater for the bathroom, air conditioning, heat, eight light fixtures, one phone charger):

... how long would an average person have to pedal to generate enough electricity for one day?

(Should the answer be "Impossibly long," what could be improved: the bike, the generator, or the batteries?)

Summary: in the US about 150 hours a day, in Australia only about 90. Solar panels are better.

Power Generated Most people who cycle regularly can produce between 150 and 250 watts for an hour. More for shorter periods or fitter people, obviously. Indurain is believed to have peaked at 2kW but he was exceptional even for a world champion (some people are fascinated by this stuff). But if you assume the average TV watcher can put out 150W for an evening you're probably overestimating the average fitness and enthusiasm of noncyclists. So let's say 100W per person.

A DIY bicycle generator is likely to be less than 50% efficient, but 90% is achievable with a mass produced item. Unfortunately that's for the generator, not the system. If you're charging a battery you then have a battery charger that's 90% efficient and a battery that's 70-80% efficient (assuming high quality parts and design), so an overall efficiency of about 50%. If you feed the grid instead you avoid all that and only need the generator-to-grid inverter which again will be 85-90% efficient. You need that even with a battery, since you'll be using mains powered appliances.

So the average USA resident would need to pedal for 12.3kWh/0.08kW = 154 hours per day (slightly less than a week assuming no breaks, or about two weeks of normal working hours - a 72 hour working week). The average Australian would only have to pedal for 87 hours a day.

Should the answer be "Impossibly long," what could be improved: the bike, the generator, or the batteries?

None of those make the slightest difference. A 100% efficient bike, generator, battery and inverter would reduce the time required by 25%, so instead of needing a team of 20 people pedalling each day, your American would only need 16.

The easy wins here are efficiency. If instead of driving their electric car (not included above) they simply rode a bicycle to work they'd use less than 1/10th the energy, even allowing for the extra food they might eat (most Americans eat more than they need to).

A lot of that electricity is use to heat and cool houses. If people lived in properly built homes that were designed for the weather they experience they would use dramatically less energy. The PassivHaus standard, for example, allows 15kWh per year for heating and cooling, so assuming two residents they'd use less energy in a year than many American houses use in a day. Building to PassiveHaus standards is hard, though, because if you "need" the ridiculous floor area that Australian and US homes have you also need a ridiculous level of insulation and it costs a ridiculous amount of money. So don't do that. Settle for less than 100 square metres per person (about 1000 square feet) and it's much easier.

Personally we have energy audited our lifestyle to a fairly high level even by green geek standards, so my household uses about 15kWh/day for a household of four (slightly over 1/2 the Australian average, 1/4 the US average). We could cut that in half again by getting a solar hot water system (we live in Australia, solar is the obvious choice) and we will do that as soon as we can afford it. We are also planning on building a "granny flat" in the back yard that my partner and I will live it. At about 45 square metres (450 square feet) and to PassivHaus standards it will cost about 30% more than a standard one, and should not require heating or cooling at all. With solar water heating we are confident of using less than 2kWh/day per person.

Or I could buy a solar PV system. Excluding subsidies, those cost about $US1/watt installed and generate 3Wh/Wday. Even if I double the size so in the middle of winter I'm generating most of what I use, 2KWh/day means I need less than 1kW of panels and with four people in the house a 4kW system costing about $US4000. And I can sit on the couch rather than sweating it out, because I ride about 90 minutes a day to and from work already.

The embodied energy cost of the two systems is likely to be similar as well. While a single bicycle system is smaller (and therefore likely to have less embodied energy), you need many more of them.

A UK TV program actually used teams of people on pedal generators to power a house. It was embarrassing. 70 cyclists sprinting to power one shower. You can watch it on YouTube

Not the answer you're looking for? Browse other questions tagged electricity-generation or ask your own question.

0
A hydropower based power-generating fitness system and some questions