Would a tax on non-organic meat have environmental benefits?

The production of livestock is responsible for a massive share of the methane that is released into the atmosphere, and is a major contributor to global warming.

Would levying taxes on meat be an effective means to reduce consumption and thus reduce the environmental harm?

Would levying taxes on non-organic meat be an effective means to reduce consumption and thus reduce the environmental harm?

It would add complexity compared to just taxing all meat, and thus make the tax less efficient. The increased costs would be the primary cause of reduced consumption. Whether only taxing conventional meat would have a distinct benefit is very difficult to establish.

The tax would almost certainly increase final product costs, and thus reduce consumption. But the reduction is likely to be both slower that you might expect (due to cultural preferences for meat), and politically more costly (people would react negatively to the tax).

The costs would rise both directly through the tax and compliance costs, but through a variety of secondary effects like policing import substitution (or production shifting) and efforts by affected industries to weaken, bypass or repeal the tax.

One marginal effect would be on game and pest meat. Those animals are likely to count as "technically organic" but are very rarely certified, and most certification systems don't allow them to be considered. But if there was a significant cost benefit to certification there would probably be attempts to certify them. In Australia some camel and kangaroo meat would fall into this gap in the system.

It would also force organic certifiers to interact a great deal more with government, and expose them to significantly greater corruption pressures. That would also increase costs, either of preventing the corruption or by exposing society to the costs of that corruption.

There's also likely to be a significant expansion of the organic certification system, into an area where it is currently fairly weak. That would require close supervision at a time when that system would already be under strain. The chances of major problem would be high.

There is an increasing amount of research into the environmental benefits or otherwise of organic agriculture, but much of it focuses on cropping. This meta-analysis of biodiversity(pdf) for example, finds benefits but the great majority of studies were of crop farming. This study on protein sourcing suggests that meat is 1.5-2 worse over the complete lifecycle, with specific disadvantages ranging up to 100-fold - so even if organic meat farming is half as bad as inorganic, it's still worse than not eating meat.

If meat consumption is diverted, the question of what it's diverted to is also important. Many alternative sources of protein are environmentally problematic, from the soy monocultures in the USA to the complex social and environmental changes caused by food fads like quinoa - marginal land is put into production, farming techniques change and land is degraded in the search for quick profits.

One other environmental issue is that factory farming of meat animals is common, and can be environmentally disastrous if pollution controls are lax or absent. Few controls decrease cost of production, which can make the product seem cheaper, but as we see in Florida right now the large algal blooms that are one possible result are not necessarily cheap or easy to deal with. New Zealand has a problem with their dairy farms producing what is politely called "faecal coliform contamination and nutrient excess in waterways", or colloquially referred to as "rivers of shit". Avoiding those problems costs money, increasing the cost of production. It also often lowers production intensity, which can have the overall effect of reducing total production.

Which suggests that an alternative approach would be to focus on enforcing existing environmental regulations, and making sure that meat production is included in new ones. As greenhouse gas restrictions become more common, for example, livestock farmers often argue that they should be exempt due to the difficulty of measuring or reducing their emissions. Not doing that would directly benefit the environment through reduced production, as well as through the secondary effect of increasing costs.

Wouldn't a tax on $SOMETHING have environmental benefits?

Well, here's some statistics from British Columbia's trumpeted carbon tax, supposedly the most successful such tax in... well, the world: 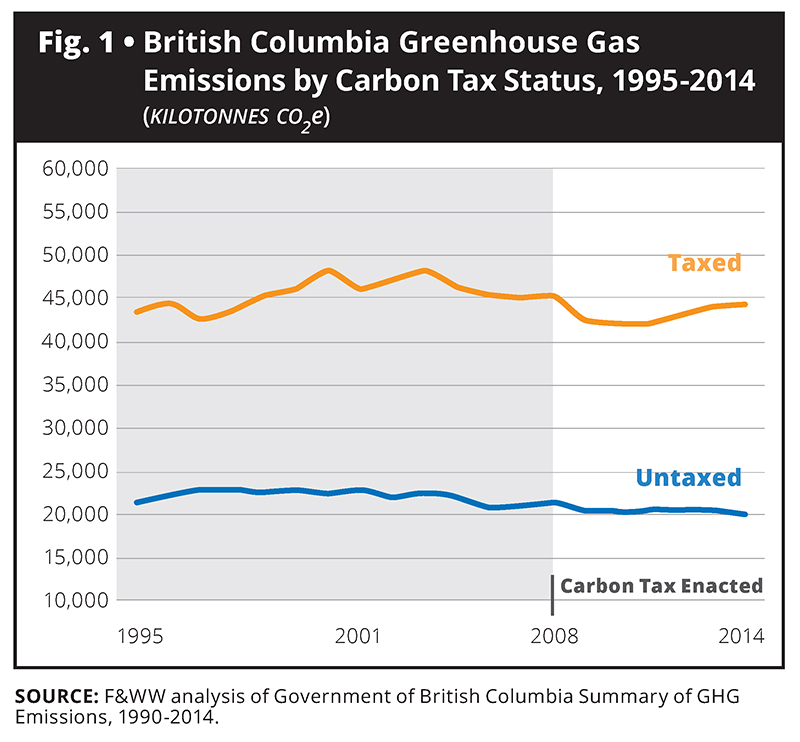 The BC government, of course will say "But! But! But! The economy has grown during this period!" That's nice, so has the rest of Canada's: 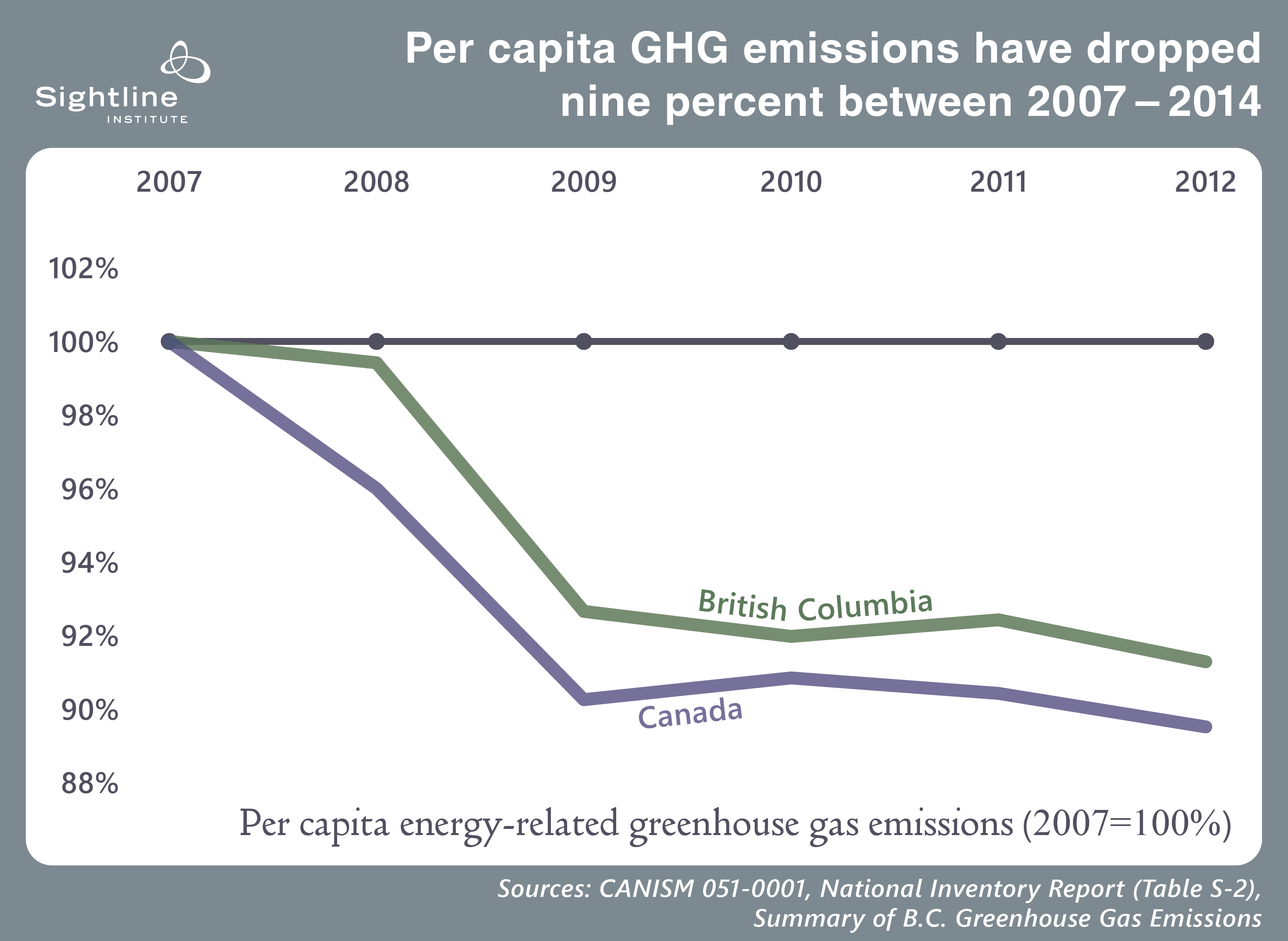 Nine percent. Over the course of seven years. This isn't a solution to anything, it's a pithy half-measure like Daylight Savings Time that makes politicians look like they're doing something. All I hear in the comments section of every news story about the astronomical price of gas in this province isn't "Well, that means I'll just buy an electric car!" but "WE HAVE A GOD-GIVEN RIGHT TO CHEAP GAS!!!1!ONE!" and the usual conservative/oil industry propaganda about how an EV isn't a solution.

Sin taxes don't do anything. If you want real change, start a revolution and institute a ban.

Not the answer you're looking for? Browse other questions tagged food meat economics global-warming or ask your own question.

6
How do organic nuts differ from non-organic nuts?
4
How much is the environmental benefit of organic food offset by its higher economic cost when purchased?