How I use/clean this old SIGG bottle that makes water taste bad?

In my furnished apartment I found a 0.6 litres SIGG bottle from unknown year and previous tenant.

It makes the water taste bad (not clearly a metallic taste, somewhat different or more in addition to that) and also I found out that old SIGG bottles release BPA: http://www.consumerreports.org/cro/news/2011/07/some-aluminum-water-bottles-still-contain-bpa/index.htm

Supposing I decide not to use it anymore due to taste and/or BPA, any idea how to put it to use? I don't like to throw it away but the small opening does not allow many uses.

Since BPA may not be a real issue https://health.stackexchange.com/questions/1868/is-bpa-in-can-linings-a-health-concern how could I clean it? 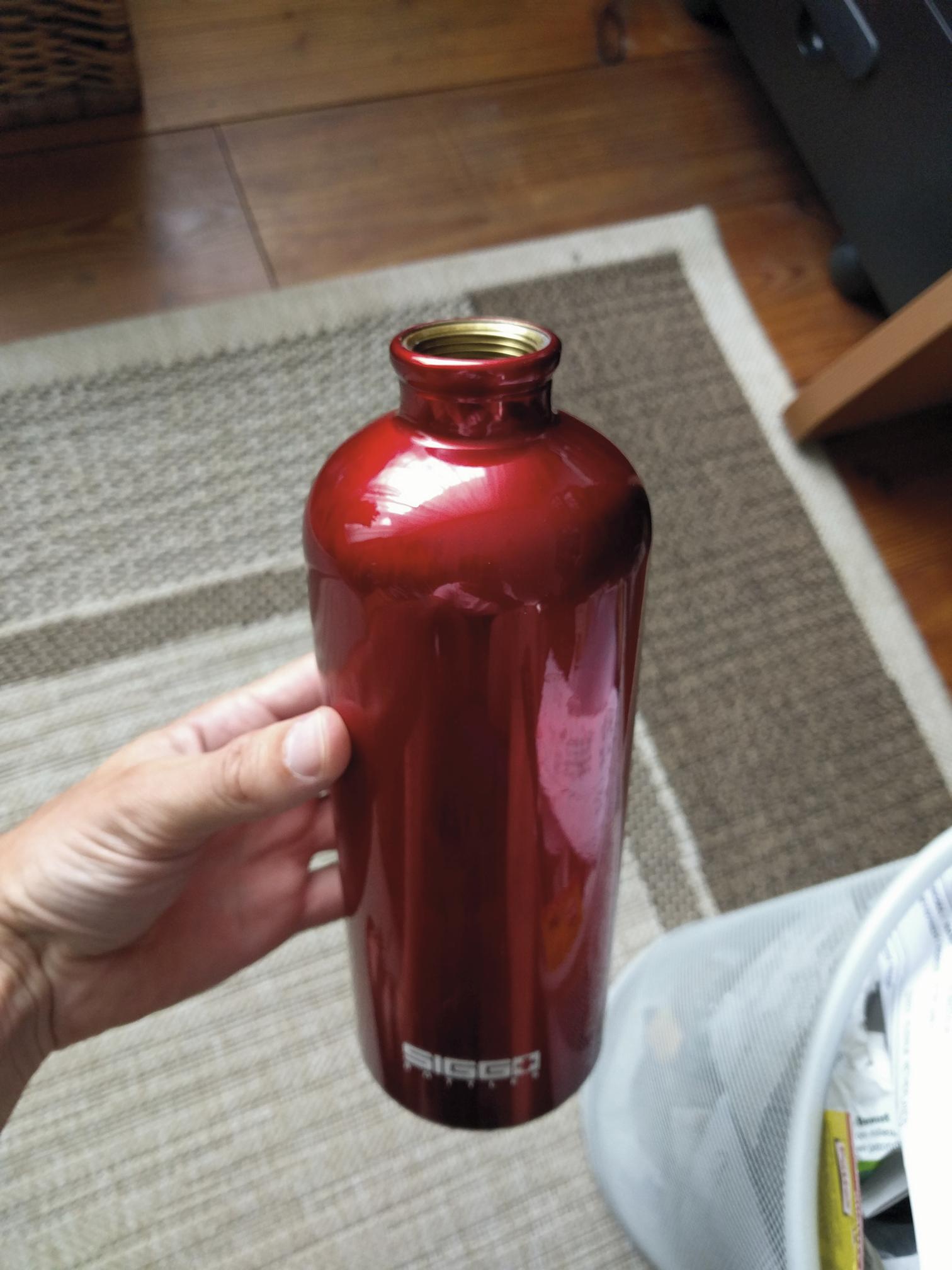 This isn't meant to be a complete answer, but since it sounds like there's a chance you might keep using the bottle, and you convince yourself it's safe, it might also be worthwhile to confirm the strange taste you've noticed is from the bottle. You could simply try comparing the taste with water from another container, or take a scientific approach...

Also bear in mind that our brains tend to blend taste and smell senses together, so if the bottle has a particular smell that may affect your perception of the taste.

If you don't want to use it for drinks, you could use it for storing fuel. eg for a camping stove.

Though it would be a good idea to take some precautions for this. First make sure it doesn't leak at all, and no signs corrosion or other damage.

It depends on what sort of fuel you want to store. Methylated spirits can corrode aluminium, so it should not be used for that. But petrol/gasoline or white gas (Coleman fuel) would be OK. The standard O-ring seal on the cap could be damaged by petrol, but you can get a replacement O-ring made of nitrile rubber, which would be safe.

Also probably best not to use for a stove that pressurises the bottle, as it may not strong enough for that. Bottles for pressurised fuel should have thicker walls.

And a good idea to clearly label the bottle, so you know it has fuel in it, and prevent confusion with a drinks bottle.

To clean it I suggest home-brew steriliser or baby bottle steriliser. If that doesn't fix the bad smell/taste, I wouldn't use it for drinks and would probably recycle the metal (unless you want it for an unusual vase).

8
How can I clean old cooking oil for use in candles?
3
How do I clean my avocado oil intermediate bulk container so I can store water in it?