How to manage a largish hugelkultur?

As part of the site clearance for the in-fill house I'm building at the rear of the section I have had to remove a 100 year plus old pine ( which the neighbour wanted to remove as he felt it was threatening his house ) as well as a number of self seeded native bush trees. I had them placed into a pile, and then covered with the top soil and other rubbish ( well, I couldn't get the builders to be selective about this ) to form a hugelkultur. This was to prevent the sudden release of all the carbon captured in the wood - that pine tree took a team of three arborists to remove. I turned the pine cones into biochar using that iron bath seen on the right. The height is about 5 foot based on the 8 foot height of the sunchokes on the far left.

I wasn't allowed on site while the builders were working so the whole thing is now covered in black nightshade. And the corn I planted which you can see at the top was eaten by rats.

I've read the general principles of using a hugelkultur, and that one should plant fruit trees at the bases to capture nutrient flows from the top. And various sites talk about not planting some plants in the first years, and one shouldn't use pine due to inhibition of other plants etc.

But the sites don't really discuss how best to plant one this high, and also since I have appear to have a lot of top soil on top of the the wood, I wonder if I really have to follow those principles.

So, does anyone have experience on how to best manage one this size? I'm living in a cool temperate climate. 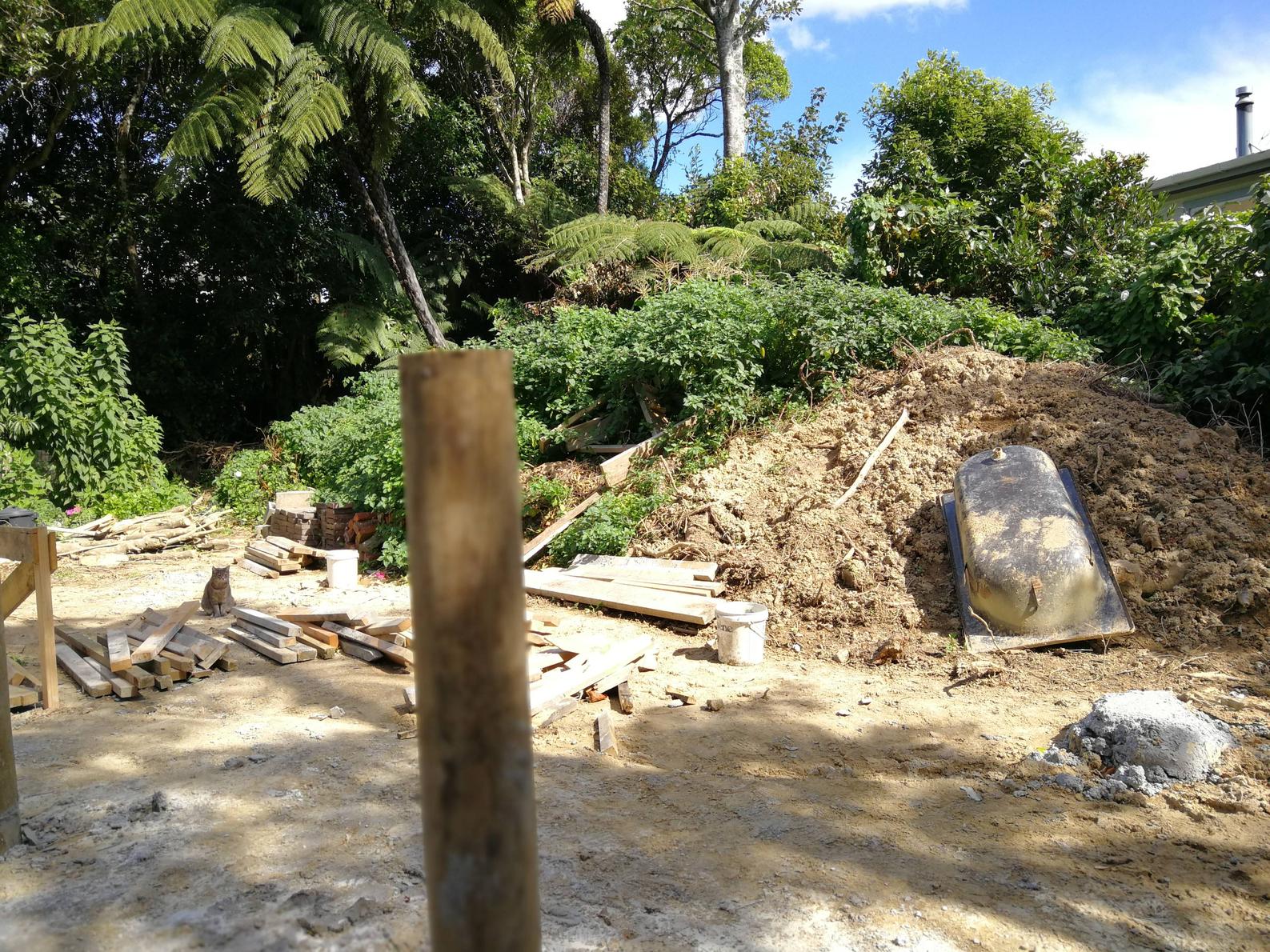 Browse other questions tagged gardening or ask your own question.

15
Is there a formula to calculate the amount rainwater you need to collect to be fully sufficient in watering your plants?
16
How can I save seeds from a tomato for replanting?
10
More sustainably growing Asparagus?
23
Planting trees for firewood - how many?
9
In-place composting around flower pots and allelopathy
9
Best sustainable way to keep squirrels from eating our tomatoes
7
Deciding when to stop patching a hose
5
How big a garden to feed one person?
5
What's the environmental impact of industrial sources of store-bought bagged soil? Is it a 'net positive' in terms of building soil & storing carbon?