How big a garden to feed one person?

In know this will vary by soil and growing season. But say you have a 4-6 month growing season and there is farming in the area so soil must be OK. A small green house for like lettuce and herbs. Supplement with dried beans and pasta. Will can for the off months. Nominally how large of a garden to feed one person? 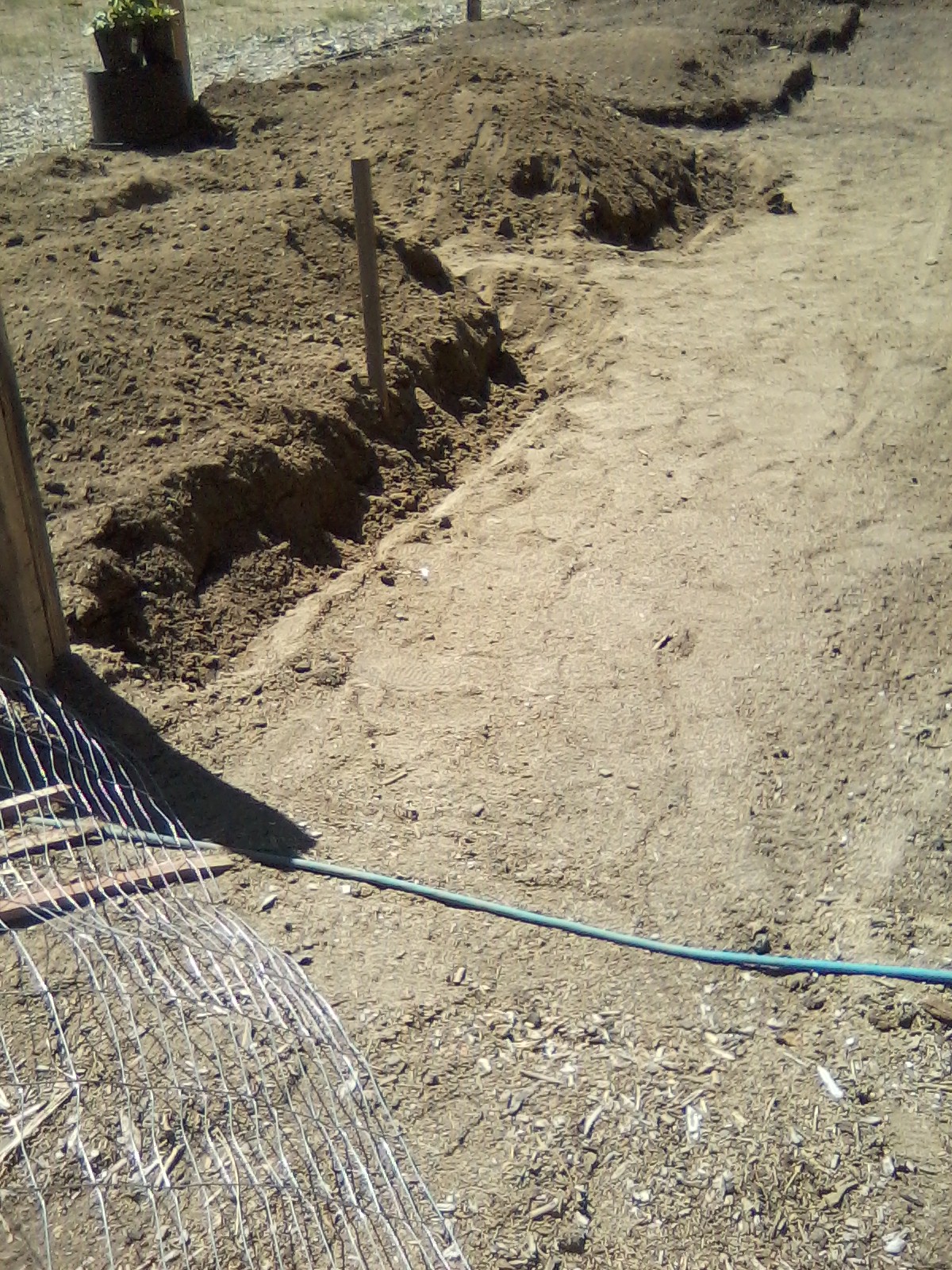 To have enough garden to grow enough stuff for one person will also be the same size necessary to grow food for a family or to give to neighbors. The excess produce will be preserved via canning, dehydration, freezing or storing in a 'potato cellar'.

I've a 40 foot by 25 foot greenhouse built over the garden beds. We are just two people plus animals. You have to take into account rotation of different families of vegetables harvested. Grow one crop of potatoes in a bed (my beds are 6'X 8') and then none of that family can be grown in that soil for a minimum of two years. This is simply basic rules of common sense that should be followed. Of course, one can most likely get a harvest of potatoes the next year but they are risking a total crop decimation from disease. It truly is a 50/50 risk. To lose crops to a single fungal spore, a single bacterial spore is very sad. Been there.

This just means one needs more garden real estate just to grow enough for that one person. That same real estate can easily feed a family or two if done properly and there are no surprises.

Then there are the beds with differing pHs to accommodate plants such as potatoes and blueberries who love an abnormal low pH than other plants.

My point is there is a minimum of garden real estate to do a proper job of a minimal harvest. I enlarge my garden real estate by using pots. With potting soil, not garden soil. Easier to control pH. Easier to move from indoors to out of doors for acclimation, emergencies, snap frosts. There seems to be a minimum threshold of garden space if one wants to grow food seriously. Not as a whim but with a harvest as a goal. A harvest one is able to preserve for later. Even for just one person.

My answer would be 1000 square feet supplemented with pots and potting soil to allow proper rotation of plant families. Otherwise, I would definitely double that to 2000 square feet. For one person who wants to preserve enough harvest to live by the rest of the year. And feed friends and neighbors for sure as well.

How much room were you considering? What zone are you living in? What kind of soil? What are you imagining for a greenhouse? Artificial lighting? Have you ever had a vegetable garden before that was productive? 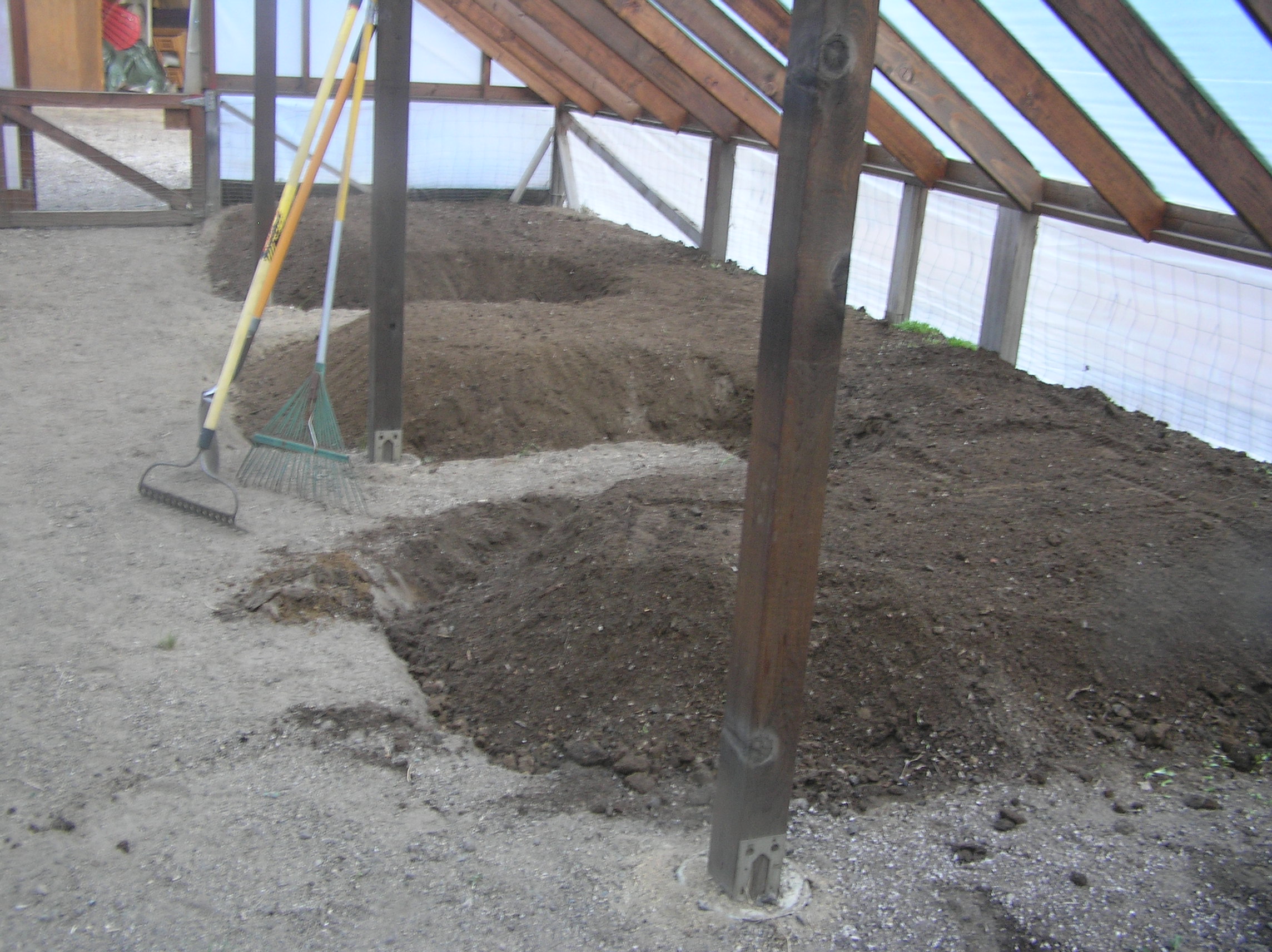 Historically to completely feed yourself using hand labour takes about an acre per person. This allows mixed ag so you have chickens and pigs to eat, a cow to milk etc. Certain crops do better. Oats are more productive than wheat, but are lower in protein. Rice and beans each are incomplete proteins, but together rice and a legume work well. Corn and a legume also are balanced. Several North American Native groups discovered corn+squash+beans culture.

Note that self sufficiency is a full time job. I know hobby farm families that come close.

If you are limited by a conventional suburban lot, then you have to prioritize:

You can take two approaches:

The first one is simple. Plant potatoes. Do it intensively using bale or barrel culture.

Firstly analyze your grocery bills, and list out what you have been buying in the veggie department.

The first one, IMHO includes tomatoes. If you can grow them it will include peaches, and indeed, most stone fruit. It won't include the common veggies like carrots and corn and broccoli. It may include veggies you don't see in the store. It should include a lot of the stuff you eat raw -- salad greens, green onions, radishes etc. These generally are high value items that are easy to grow.

Take into account the time involved. Shucking peas by hand is slow work. Machines do it fast, so peas are cheap. Instead plant crops that normally have a large hand labour component. Fruit, Asparagus, eggplant -- anything that has to be planted, picked, or weeded by hand.

Meat. It's not practical to keep a cow, and even a goat is pushing it. Lots of cities look down on chickens often with unstated thoughts of 'poor white trash'. What's left? Guinea pigs and rabbits. Guinea pigs are VERY efficient at turning garden scraps and anything leftover in terms of food into meat. A guinea pig has about the same meat as 2 pieces of chicken. Rabbits are larger, and are a lot easier to keep in colder climates. Note that this can be a hard sell to the kids.

(When I was in Peru one summer, I found barbecued guinea pig there was the equivalent of hot dogs here. Buy them on the street. 5 sols each. I found out that every house, rich and poor alike had a guinea pig hutch. This was their equivalent to a garburator. All the kitchen scraps went to the guinea pigs. Sometimes you'd get a guinea pig from a street vendor that had been finished on fish scraps. Instead of chicken, it tasted like tuna.)

Another action you can take is to set up a community trading group. Some fruit trees like plums, will produce more plums than you know what to do with -- one year in three. A full grown standard sized apple tree will produce a thousand pounds of apples a year. Given that most people will only handle a couple boxes (~120 lbs) before they go bad, this is too much of a good thing. A community where I can trade my extra apples for your extra winter squash is a double win.

Preserving food becomes a big thing too. If you have community land, maybe figure out how to make a series of community root cellars. (Different veggies have different storage conditions) Drying, Canning, Pickling all have their place.

A small greenhouse is terribly inefficient. A small greenhouse has about 3 feet of surface per square foot of interior. Only about 2/3 of the interior is usable. So for every square foot of plants you have 4 to 5 square feet of surface. If you have a double layer plastic cover it's in effect R-2. So with an average outside temperature of 0 F and an inside of 60 F it takes 3000-3500 BTU/day per square foot per day. That's about a kWh. This ignores the heat leaking under the edges. A larger greenhouse does much better due to better heat storage from day into night, and less surface per volume.

Don't think of trying to grow veggies all year in it. However a greenhouse allows you to start about 6 weeks sooner in spring, and to carry on a similar period of time in the fall, especially if you plant cold tolerant crops in the end seasons. Sufficient heat to keep it from freezing at night is fairly cheap. Use of barrels of water, row cover, quilted covers can extend things further, but require twice daily attention.

In some areas people are setting up community gardens, or planting orchards on the edges of parks and school grounds. This gives you a way to expand your effective growing area.

Look at organizing community groups on the lines of the way condo associations work, but without the mandatory membership part.

A single person is limited by being just that,one person. If you work a full time job,a smaller garden will be easier. I did a 20x30ft garden and it’s almost a second job in spring it seems like.

Not the answer you're looking for? Browse other questions tagged gardening or ask your own question.

23
Dimensions for greenhouse to feed a family of 4?

9
In-place composting around flower pots and allelopathy
6
Indoor Urban Garden Lighting
8
How can I keep foxes from digging in my garden beds?
11
How can I can sustainably use the biomass of garden weeds?
5
What depth of soil is required for a roof top garden?
6
Best vegetables for roof top garden?
5
Can you use worm bait for a garden
4
Garden fence - order options by most sustainable
2
How would a garden adapted to drought look like?