What level of light intensity (lumens) do you need across a solar panel in order to obtain 15% energy efficiency?

What level of light intensity (lumens) do you need across a solar panel in order to obtain an incident-light to energy-output efficiency of 15%?

What level of light intensity (lumens) do you need across a solar panel in order to obtain an energy-output to incident-light efficiency of 15%?

This depends on the varying characteristics of different materials, so in this case I'll pick one Silicon based as they're pretty common, mass produced and cheap, and more to the point they're the only one I could find a nice graph which makes the point clear: 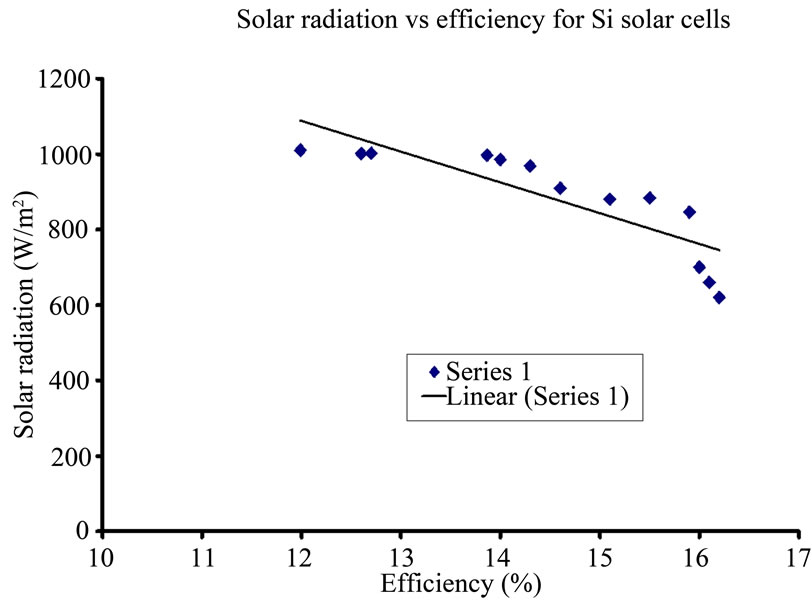 Lumens you ask for:

A source radiating a power of one watt of light in the color for which the eye is most efficient (a wavelength of 555 nm, in the green region of the optical spectrum) has luminous flux of 683 lumens. So a lumen represents at least 1/683 watts of visible light power, depending on the spectral distribution.

Well this is specific and related to human vision rather than how solar cells are normaly measured, but we can make a conversion for a ball-park figure assuming that your light source is spectrally similar to the sun.

This is not the whole story, temperature matters when looking at quoted power outputs in a catalogue or from a salesman:

A graph plotting temperature against efficiency is "illuminating": 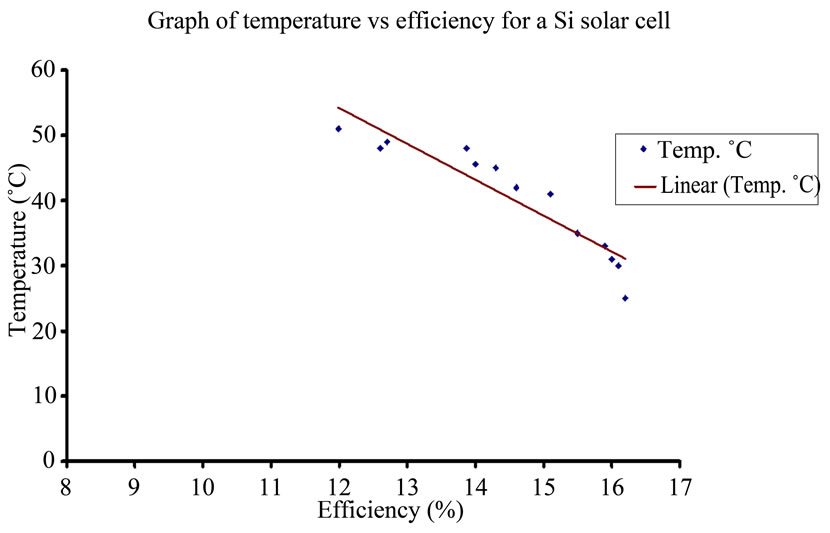 Recognise the trend and measurement distribution points? This corresponds very closley to the Illuminance/efficiency graph.

It's simple led flashlight can run a small panel because their light is high on the spectrum light scale.It produces more power than the yellowish light LEDs that mostly every one else thinks of when it comes to lighting the panel coupled with a mirrored shroud like in warehouses you can effectively use the panels all day an night.And you can stack them in a building taking less ground and controlled environment for maintenance purposes.As an added advantage just about eliminating the need for batteries

25
What form of electrical lighting has the smallest energy-footprint?
10
How to measure the energy output of a thermal solar hot water system?
20
How much power can a bicycle generator produce?
3
Can artificial lighting compete with horizontal agriculture?
7
What are the incentives for energy companies promoting energy efficiency?
3
Is 3 phase electrical generation more efficient to utilize than single phase?
6
Types and quantities of air pollutants by fuel, per kWh, for electricity generation?
5
Best course of study for learning to build electrical systems and supporting electronics for an off grid power station
5
Energy storage idea: Pumped hydroelectric storage in ocean using difference in salt content
1
What type of solar panels to use for a house of 50 m2 and 3000 kW of consumption?