Would we come to a period of no oil within our lifetime? If so, should we prepare, and how? [closed]

I mean to ask, in order to know, for example, whether someone today should be learning/preparing to lead a post-oil life? i.e no new plastic products, gas-powered vehicles, petrol-generated electricity, etc...

I know that petroleum is only just one of several types fossil fuels, but it seems that it's likely to be the first one to disappear... Anyone have any stats or facts on this?

It seems to me that even if it's not within our own lifetimes we should use the facts about current trends and start preparing our children for such an era.

It's highly unlikely that within "our" lifetime we will completely run out of oil. What is likely to happen is that oil prices will continue to rise, until it gets to the point where it's economically advantageous to invest more significantly in alternatives.

When we talk about how much oil is "left", we're typically talking about recoverable oil. There's a lot of oil in places that we can't easily reach right now. As oil reserves are consumed, the price of oil increases (simple supply and demand). Counter-intuitively, as the price of oil increases, the amount of oil reserves has historically increased. This is because the oil that was previously not considered recoverable can now be extracted because drilling technology has advanced and the higher price-per-barrel makes it more economical to extract that hard-to-reach oil.

Additionally, when drilling for oil, not all of the oil is actually extracted. The faster you extract oil the less you get out, and it's never possible to extract all of the oil. This is referred to as the upper technically recoverable and economically recoverable amount, and gives the probability of extracting a particular volume of oil from a certain oil field. This image shows a generic example, showing the difference between what's possible to recover and what's economical to recover:

As it becomes increasingly difficult to find new oil sources, I expect we will see advancements in technology (and in the amount of money oil companies are willing to invest) to go back to "finished" wells and extract oil that wasn't previously extractable.

Now obviously, oil is a finite resource. It will technically run out eventually, but it won't be like hitting a brick wall. It'll be an overall increase in cost and decrease in availability over the next 20, 50, maybe 100-200 years. Depending on who you ask, there are about 0.8-1.5 trillion barrels of recoverable oil left in conventional reserves worldwide(1). At a current consumption rate of about 90 million barrels of oil per day(2), that would put us right about at 30 years before current reserves run out. But, that doesn't take into account unconventional sources, future advancements in extraction technology, and the production in the future of sources not presently considered recoverable. 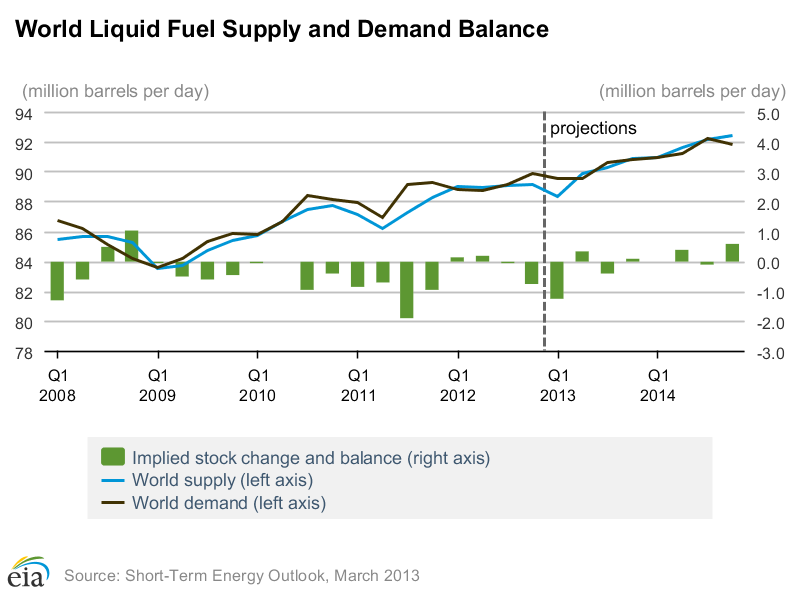 What are the alternatives for energy?

As you said, petroleum does seem the most likely to disappear, or at least become economically unfeasible to continue using the soonest. Coal and natural gas are the other major fossil fuels, and we have quite a bit of both. From a sustainability perspective, natural gas is preferable to oil and coal: it's relatively clean to burn from an air pollution perspective, and while still emitting CO2 when burned, it does emit less carbon than other fossil fuel sources.

We have quite a bit of natural gas and coal left - especially coal. The US Energy Information Administration estimates there are about 483 billion short tons of coal reserves in the US alone(3). In terms of raw energy content, that's the equivalent of about 2 trillion barrels of oil(4). In other words, the US has at least twice as much energy in coal as the whole world does in oil.

Coal is obviously unsustainable. It's a major source of air pollution and greenhouse gas emissions, and the extraction process is environmentally devastating. You're right that we won't run out of coal anytime soon, but it's not a good alternative to oil (although coal liquifaction is a real technology that we may see more of in the future).

We really don't need to use oil for electricity or heat generation. Other technologies are much better for those tasks. It's very difficult to replace oil for transportation though, because almost nothing is as energy dense and portable as petroleum products. Biofuels have the potential to help, but have their own sustainability challenges and often use more fossil fuels in the production process than they save. Next-generation biofuels based on cellulosic feedstocks and microbial/algal production have potential as well, but it is unlikely that we'll replace our entire petroleum-based transportation system with biofuels - we simply don't have the land to do it. Battery technology is improving, and we'll likely see a gradual shift to electric vehicles as they become more practical.

I think there will also be some necessary lifestyle changes to move away from oil as a transportation fuel. There will come a point - be it sooner or later - when petroleum is simply too expensive for us to continue our current lifestyle without changes. Whether the change is to electric vehicles, greater use of public transportation, more active transit (walking, biking, etc.) or something else is something we have yet to see.

What are the alternatives for plastics?

I'm not a plastics expert, although I am friends with a few. We can make plastics from plants, and have been for some time - those biodegradable plastics you see sometimes are made from corn. Bio-plastics are an up-and-coming research area, but as with energy, we won't be able to keep up our current level of consumption with bio-replacements alone.

Plastics recycling is a tricky situation right now, and we're going to see a lot more recycling in the near future. Companies have developed technology that can take waste plastics (unsorted of any type) and break them back down into crude oil to be reprocessed(5). This avoids the hassle of separating plastic types (which is a major disincentive for recycling in the eyes of many people today), and provides greater flexibility for the end product. A combination of bio-plastics and plastics recycling may help alleviate these problems in the future, but plastics likely will get more expensive at some point.

Peak oil is a red herring. And it always has been.

The claimed problem of Peak Oil is that we have too few hydrocarbons, and in particular too little oil.

And we know from climate science that we have too much hydrocarbons in reserve, including oil: the known reserves are sufficient to change climate so much that human civilisation as we know it would not continue. 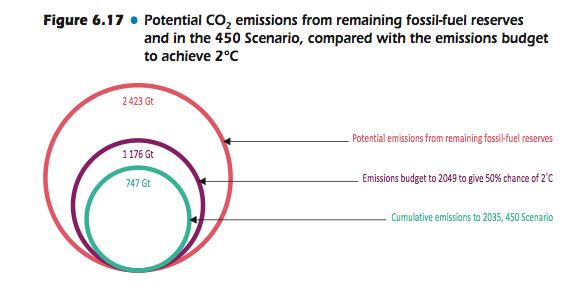 It is not possible to simultaneously have too much hydrocarbons, and too little.

So, we know we have too much, and most of the known hydrocarbon reserves, will have to stay in the ground.

Replacing oil and fossil fuels throughout the economy

The technology and the economics stack up

We already have all the technologies we need to displace fossil fuels from our supply chains. And they are, by and large, economical: that is to say, there's enough of a potential market now to give sufficient critical mass to give non-oil fuels enough momentum to take the market; - if there were a level playing field, the momentum would be sufficient to ensure that economies of scale and commercially-viable research would complete the task. The problem is that oil, coal and gas all get double-subsidies, globally. Firstly, they get explicit financial subsidies from many governments. And secondly, they get implicit subsidies because governments have not embedded the external costs of climate-change damage into the price of fossil fuels.

High-density fuels can be produced from biomass, and can also be synthesised - including up to Jet A quality and uses.

Plastics can be produced from biomass.

And, by capturing CO2 directly from the air, and generating hydrogen from water, oil fuels, and oil-derived products, can be completely synthesised from scratch in a zero-carbon manner.

Finally, if we stop burning waste, then plastics from oil become sustainable. And as oil for fuel will have been removed from the global economy, we will have a lot of very cheap plastics.

Not the answer you're looking for? Browse other questions tagged energy oil or ask your own question.

11
How exactly do the impacts of lithium mining compare to oil extraction over a vehicle's lifetime?