Method of transport with decent speed/low cost without a driving license?

I'm looking for something a little bit better than your average bike in terms of transportation potential, but cannot be a license-required vehicle as I cannot get a driver's license. I also don't have good terms with regular bicycles as every single one I've had has worn out well before even 2 years of daily use.

I thought the obvious:

1.Electric bikes (too expensive though and customizing to fit my needs would be difficult too);

2.Public transportation (the price isn't the issue, but the waiting/inconvenience/limited means);

3.Walking (I already do this and while it is manageable, it takes forever to go anywhere far obviously).

What would be a more ideal, not-so-expensive way to do better than a bike, but less than a license needed vehicle and/or slow and limited public transport? Any other in-betweens I may be missing?

An electric scooter would be ideal.

Bicycles suffer from a peculiar characteristic of humans, namely that they produce power at a ridiculously low RPM. Power is force times speed. If speed is low, to get any useful power, you need huge amounts of force. The rotational equivalent is that power is torque times RPM, very similar to the linear equation.

I don't know what issues you have had with bicycles, but I'm suspecting it may be related to the drivetrain components, such as chains and sprockets wearing out quickly. They do that because of the huge forces involved, due to the low rotational and linear speeds.

Here's some bicycle failures: http://pardo.net/bike/pic/fail-001/000.html -- those occur because bicycles are lightweight and need to withstand extremely high forces.

Additionally, handlebars, stems, etc. can crack due to huge forces involved when pulling up from the handlebars to obtain more force on the pedals.

Ideal electric scooters use typically smaller wheels for higher RPMs at the same linear velocity. They use a different drivetrain that works at high speed, allowing the engine to spin at 10 000 RPM or so. Electric motors like to spin at 5000 - 20000 RPM, generating very little torque but considerable power due to the high RPMs. Less torque equals smaller numbers of failures.

One answer recommended a 50cc scooter. The cheapest are often two-stroke engines generating very harmful exhaust emissions. Even the 4-stroke ones may lack a catalytic converter (although I was reminded that the best models may have a cat). Actually, the non-catalytic-converter tiny 50cc engines are more harmful than a car engine if you consider only the harmful emissions (they may generate a little less CO2 per mile, though). So, whether a 50cc scooter is environmentally friendly will depend on the exact model: do get a 4-stroke one with a catalytic converter.

Edit: after this answer was written, I found that one of my workmates has bought an electric unicycle. It requires considerable skill to use, but it's much lighterweight and smaller than a bicycle, and you can carry it wherever you go including carrying it in public transportation. Cost is significantly below 1000 USD / 1000 EUR. Whether you dare to invest in unicycling skills is another question, but it may be a very useful investment.

Since providing my older answer to this question, and since considering electric scooters, I have actually purchased an electric bike and have to not update my old answer but provide a new much better answer with completely different perspective.

I used to dismiss electric bikes based on three problems:

However, later I bought a new e-bike and found how e-bikes solve these challenges.

So why do I advocate e-bikes over e-scooters for example? The reason is simple: range.

My e-road-bike has 125 - 175 km range using a half-kilowatt-hour battery, at the maximum assist level (125 km is the range on routes where I need to brake a lot, but a leisurely country road ride has 175 km range).

A typical electric scooter with half-kilowatt-hour battery is advertised to have about 45 km range. However, if you read a fine print it's for a lightweight rider riding at constant 20 km/h speed with no braking, no headwind and perfectly level ground. I actually saw a test report of a half-kilowatt-hour e-scooter that was advertised to have 45 km range, but had only 21 km range at higher speed when braking occasionally and riding occasionally up hills. Also most e-scooters limit the power level to a very low value when only 20% of battery is left. Thus, only 0.8 * 21 km = 16.8 km provides full power. Also typically lithium ion batteries are considered to be at the end of their useful lifetime when 70% of capacity is left. Thus, you can only rely on full power at the end of the battery lifetime to have 0.7 * 16.8 km = 11.76 km range.

Why is the range on an e-bike far better? The reason is based on many differences.

In contrast, on a half-kilowatt-hour e-scooter you can only rely on the 11.76 km range on aged battery without using the last 20% that only offers very much reduced power (so the speed will be horribly slow).

Unfortunately, quality e-bikes are still expensive. Spending too little typically means you have an e-bike that does not have a power sensor on the bottom bracket (so the computer has no idea how hard you are pedaling and the pedaling level doesn't directly affect assist level). Typically on cheap e-bikes the motor is at the front wheel hub. Also on cheap e-bikes the battery is typically very small.

Fortunately, e-bike prices are continuously decreasing. So in few years, a quality mid-drive e-bike with decent half kilowatt hour battery can be bought for far less money than it costs today.

Riding on an e-bike is still considered "exercise" so it has major health benefits. However, by dressing suitably you won't become sweaty like you do on a regular bike if needing to ride uphill.

Also on an e-bike, if choosing a model that has pannier rack or installing an aftermarket pannier rack, you can carry a lot of stuff on the panniers. Far more than you can fit in a backpack, and far heavier stuff. On e-scooter where the rider is standing, typically the only feasible option to carry stuff is a backpack.

In general, any two or three wheeler with a one-speed transmission and no manual clutch, or with a two-speed automatic transmission, and a ~50cc engine, is a moped. Some states don't require tag and insurance but most states require a driver's license. Also, the top speed of the moped is likely required to be 30 MPH. Note that only "most states" require a driver's license.

If a traditional moped with larger diameter wheels is wanted then the Tomos was recently re-imported. Otherwise, Honda has a long-wheelbase 50cc rat scooter as well as traditional scooters. And Yamaha has some 50cc scooters.

I have previously suggested a new type of moped. The 50cc engine would go into a mountain-bike or beach-bike frame like a motorized bicycle. The moped would use mountain-bike wheels, tires, and brakes but DOT approved. So the moped would weigh about 60 to 75 pounds instead of double that amount. A computer would limit engine RPM to make the 30 MPH top speed but since the moped would have extra power available it would not slow down just because of going up hills. The moped would have a four-stroke engine for torque if not otherwise expected. Also, the one-speed moped would automatically clutch by control of a computer.

Motorized bicycle ? That currently and most often refers to a two-stroke engine put in a beach-bike frame. When the police are spotted just turn the engine off and pedal.

As for a bicycle I recommend a gravel-bike which is a lightweight bicycle with wide tires.

Electric bicycles are a problem because they are more often designed for top speed instead of hill climbing. In other words they are pedal assist but work best with faster pedaling. I think maybe we should go to throttle controlled electric bicycles with 20 MPH top speeds but most states would call that a moped and then make them illegal because of not having DOT tires.

Somehow kit cars come to mind. The Stalker 7 is one of many Lotus 7 variants. Or there is a Factory Five "AC Cobra" variant. In fact an aftermarket C3 Corvette frame can be used to build a kit car by replacing the OEM "birdcage" subframe with a roll cage. The result is not likely to have swinging doors.

Basically, a person's life depends on their vehicle.

Depending on what country/state you live in, a sub-50cc moped/scooter might be an option. Some areas allow these to be ridden with only an age requirement — no license needed. 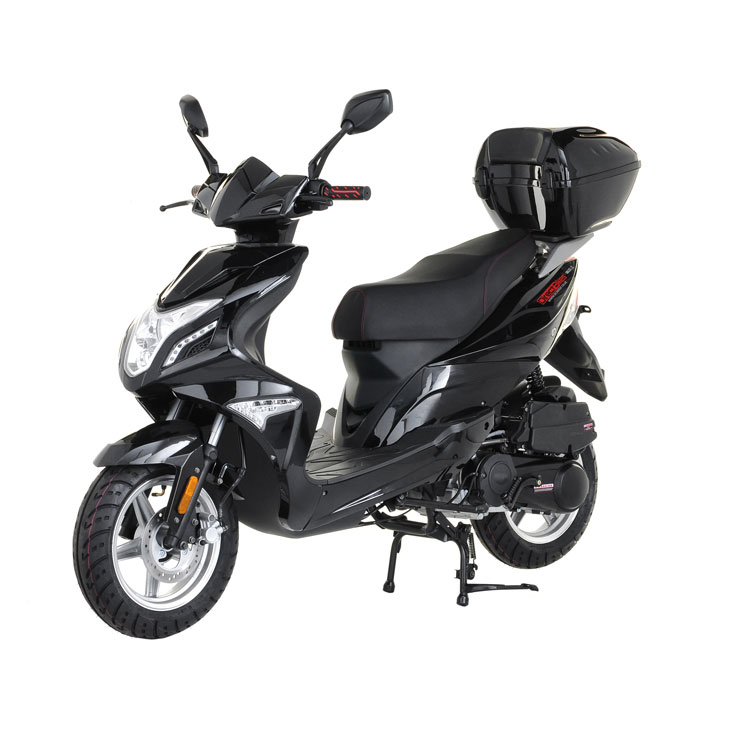 Not the answer you're looking for? Browse other questions tagged transport vehicle electric-vehicles or ask your own question.