I have a PV system with a WEG SIW300H M050 inverter, which is simply a rebadged Huawei SUN2000L-5KTL (link to the manual). Its rated output power is 5000 W while its nominal apparent power is 5500 VA. It has a WiFi dongle which I use for monitoring, using the Fusion Home app from Huawei. I have 6120 Wp worth of solar panels on my roof. The inverter is installed in the shade, in one of the cooler areas there are outside the house.

On cloudy days, I’ve seen the system reach 5500 W of injected energy with the sun shining fully, in between periods of cloud cover. However, today the sky is clear of clouds, yet I haven’t seen it go significantly past 5000 W. In fact it appears to be producing a bit below 5000 W, even around noon.

This suggests some kind of throttling going on. It may be thermally related, time based (given it has been producing energy non-stop, without any cloud cover during the day), or possibly due to some kind of configuration in the inverter.

I’m wondering if there’s anything I can do to make it work at 5500 W all the time, since it can operate at that power at least occasionally.

For instance, if the throttling is thermally based, I could add a fan aimed to the inverter to reduce the temperature. While this fan might use a few watts while on, if it allowed me to generate an extra 500 W during a couple hours of the day, the net injected energy would still come up positive. Plus I could make a temperature controller to make sure the fan is only on when necessary (I’m an electrical engineer and work with embedded systems so this would be a piece of cake for me.)

If it’s a configuration issue, I have access to the installer screen in the app since the default password wasn’t changed, and I can make any necessary changes.

I understand working at a higher power might shorten the lifespan of the inverter, but in my experience the lifespan is basically related to thermals (I’d hazard a guess the first components to fail would be electrolytic capacitors), which I could remedy by using the previously mentioned method of running a fan aimed at the inverter.

Can anyone confirm how this supposed throttling behavior of the Huawei SUN2000L-5KTL inverter works, and what can I do to work around it?

Here's today's (October 24th) power curve until about ~5pm local time, and recall it's spring here in the southern hemisphere. 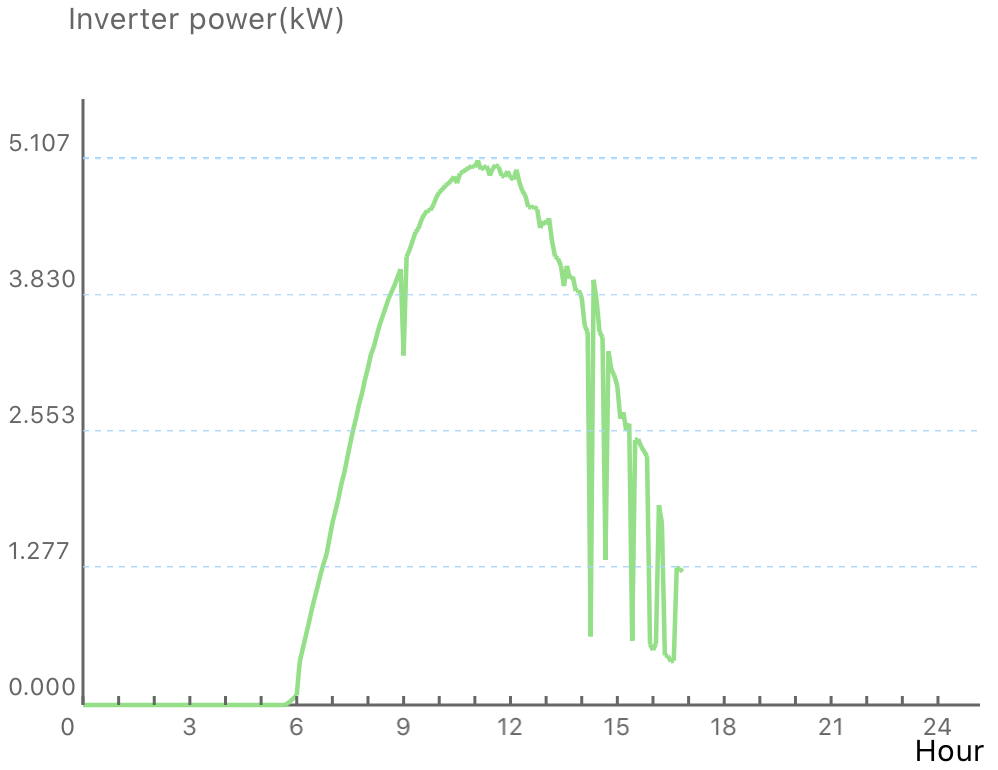 The effect you're seeing is most likely due to the solar cell temperature. On a cloudy day the array is cool overall, so when the sun bursts through the clouds the cells operate at maximum efficiency. On a sunny day the panels are warmed all day long and the efficiency is reduced.

On this chart from Wikipedia you can see that as the cell temperature increases, area under the v-i curve reduces, meaning the output power will be reduced. 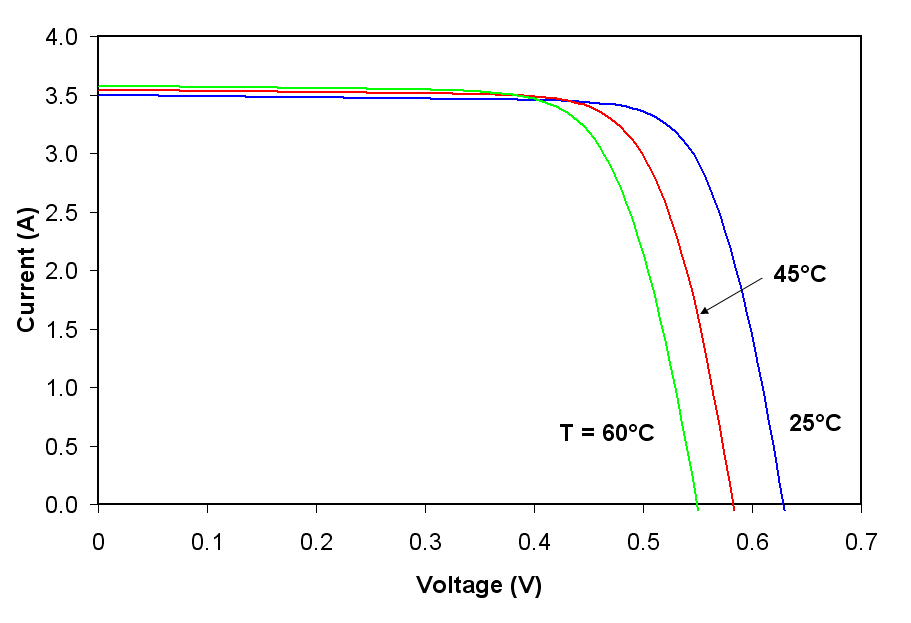 7
How can I monitor a PV system's performance?
5
Central or Micro inverter
3
Are there solar concentrator builds that work without tracking?
7
Can I connect an inverter directly after an MPPT controller, with no battery?
5
How much irradiation from the sun is required to generate solar power?
6
How to consume all my photovoltaic electricity locally?
3
PV system: Which to upgrade first: panels, inverter, batteries?
0
Grid tied inverters that work during power outages
4
Can a solar inverter still work without batteries? (off-grid)