Is the metal use per person rising?

Has the metal 'consumption' of consumers risen over the last, say 30 years (arbitrarily chosen number - anything on a similar scale would be interesting).

Our World in Data provides statistics on global annual primary production of metals: 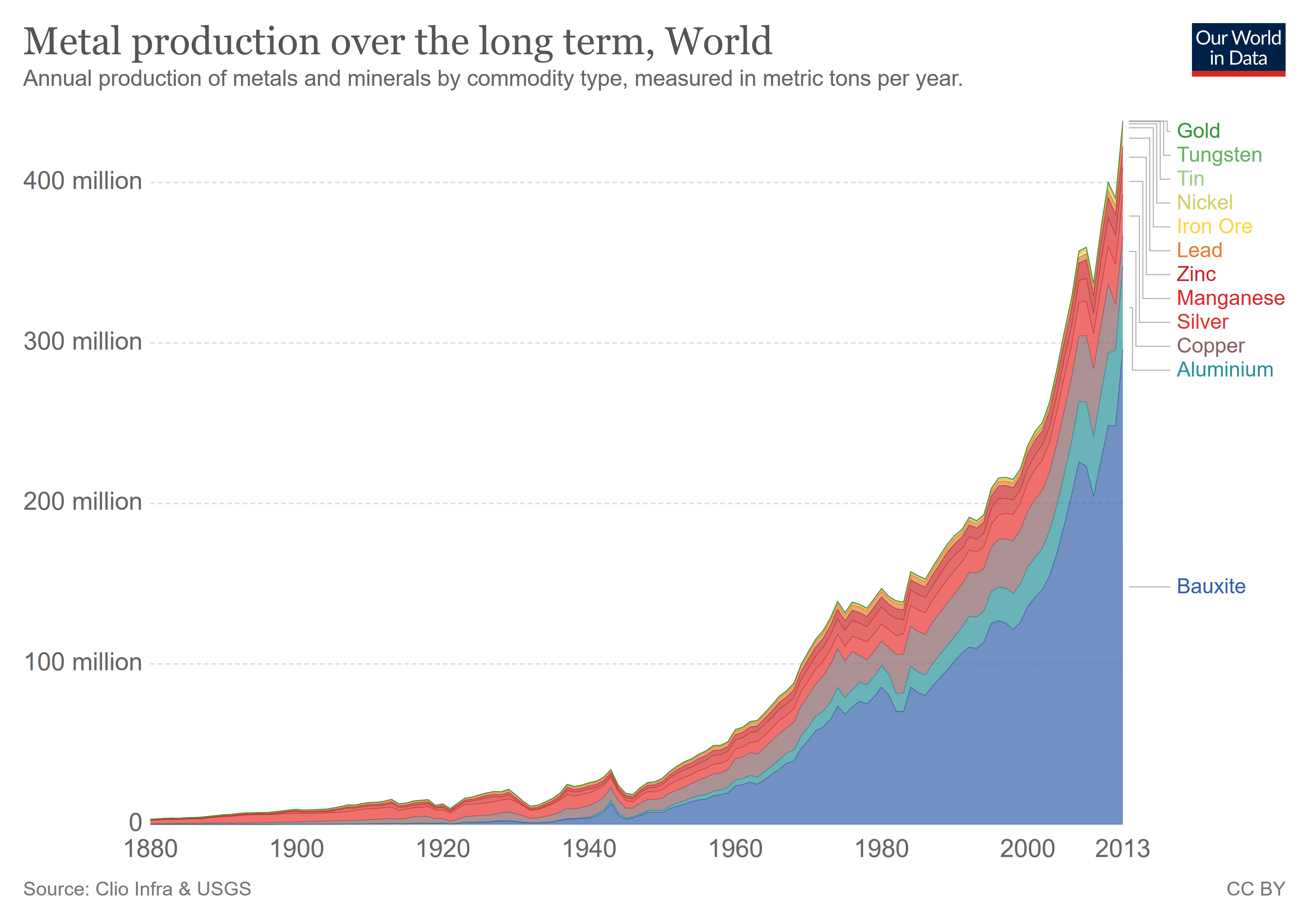 They also provide population data over the same time period. If we combine the two data sets, we can see the global per capita metal production: 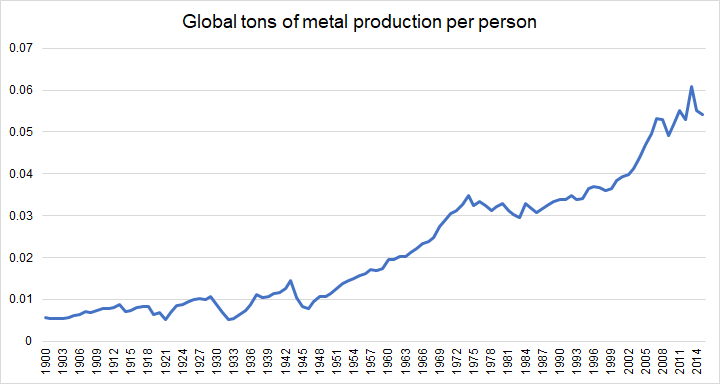 To answer your question about the last 30 years or so; the data shows that metal production per person declined slightly during the 1970s, but from the mid-1980s onward it has been growing.

The United Nations Environment Programme published a report on Recycling Rates of Metals in 2011, which gives estimated global recycling rates. It's a comprehensive review of disparate data sources, so rates are given in ranges. Here's where each of the metals in the chart from Our World in Data fall:

Note that Tungsten, with the lowest recycling rate, is also produced in the lowest quantity aside from gold.

Change in demand for specific metals

I was curious about specific metals, so I put together this chart showing the per capita change since 1985 for each specific metal: 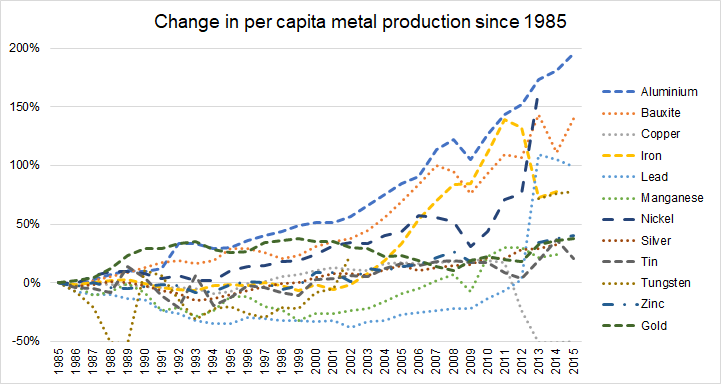 From this data, we can see that the growth is lead by:

Are you talking in terms of use and disposal per person, or life cycle of metal?

The difference being are you interested in how much metal a person consumes and disposes of? Or how much metal gets to land fill and averaging that out over the population?

Not all metal disposed of will make it to land fill.

I suspect you're question is the first (disposal per person), which I would say (without researching figures directly) yes it has gone up.

The reason being, in general, society is consuming (and disposing of) more, which would imply that the metals contained within are also being disposed of more.

These two items until recently, largely went to landfill when done.

Have you tried the Worldbank Databank - they may have some overall stats of metal consumed by nation. ( http://data.worldbank.org )

Depends on how you count "consumption". For example , is the 50+ tons of steel in the typical mono-pod for each commercial windmill averaged for the people in that electric grid, or for that country, or for whole earth ? Also the great majority of structural metals are recycled ; is that deducted from the "consumed" ?

Not the answer you're looking for? Browse other questions tagged consumption statistics metal or ask your own question.

12
Independent retirement vs moving in with the kids
15
How much power does a computer monitor left switched on use?
5
What is the % of energy produced per year which is renewable energy (including hydropower, biomass, ...) in the U.S. and in the whole world?
7
What is the number 1 country by global installed wind capacity: the United States or China?
5
Do higher electricity prices cause people to use less?
1
Is it ethical to dump packaging of products at the same store you bought them from?
6
What are ideas to change the advertising system towards sustainability?
3
Can I recycle greasy metal in the US?
2
How does the EPA estimate annual power consumption for refrigerators?