How to use a band brake cable with my home built wind turbine?

I recently bought a band brake for a home built wind turbine and was thinking of mounting it on the shaft and getting a cable from the brake to the ground so I can stop the blades in case of maintenance.

The problem is that the turbine can rotate 360° around depending on the wind direction which will break the cable. Does anyone have an idea around this?

A scheme used on many BMX bikes is a "detangler" disk on the fork. It's actually two disks, surrounding the fork shaft, arranged with flanges such that pulling up on the upper disk lifts the lower one.

Both disks are attached to cables, with the upper generally attached to two cables which lead, via a Y adapter, to the brake lever. Two cables from the lower disk lead to the two brake cantilevers. 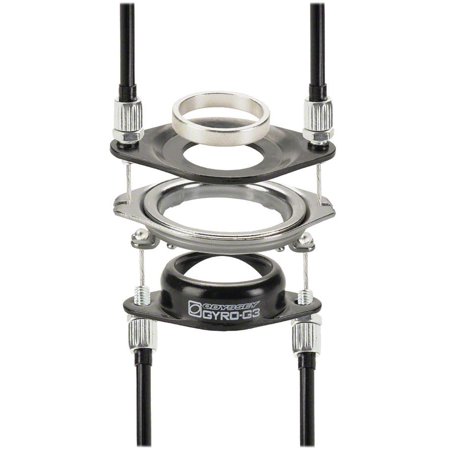 These are fairly common on BMX bikes just above the cheapest ones, so you could likely view a version on bikes at a department store, and certainly any bike shop carrying BMX bikes would have some.

These are available online from several vendors as replacement parts, or you could salvage a unit from a scrapped bike.

(And I'll note that another option is to use a scheme similar to that used for the front brakes of "detangled" BMX bikes -- run the cable through the (hollow) center of the fork shaft. For your case you'd still need a small rotating cable connector at the top of the mast, but these are fairly readily available as machine components.)

Another option might be to leave the actuation cable dangling downward from a small hole in the housing. You'll probably have a regular old bike brake lever on a short length of wooden dowel as a substitute handlebar.

As long as its not dragging on the ground it should not catch. The prevailing wind should push it backward away from the pole, minimising Clanging and Banging. You might even add a small support chain from the tailfins to hold the brake lever out of the way. 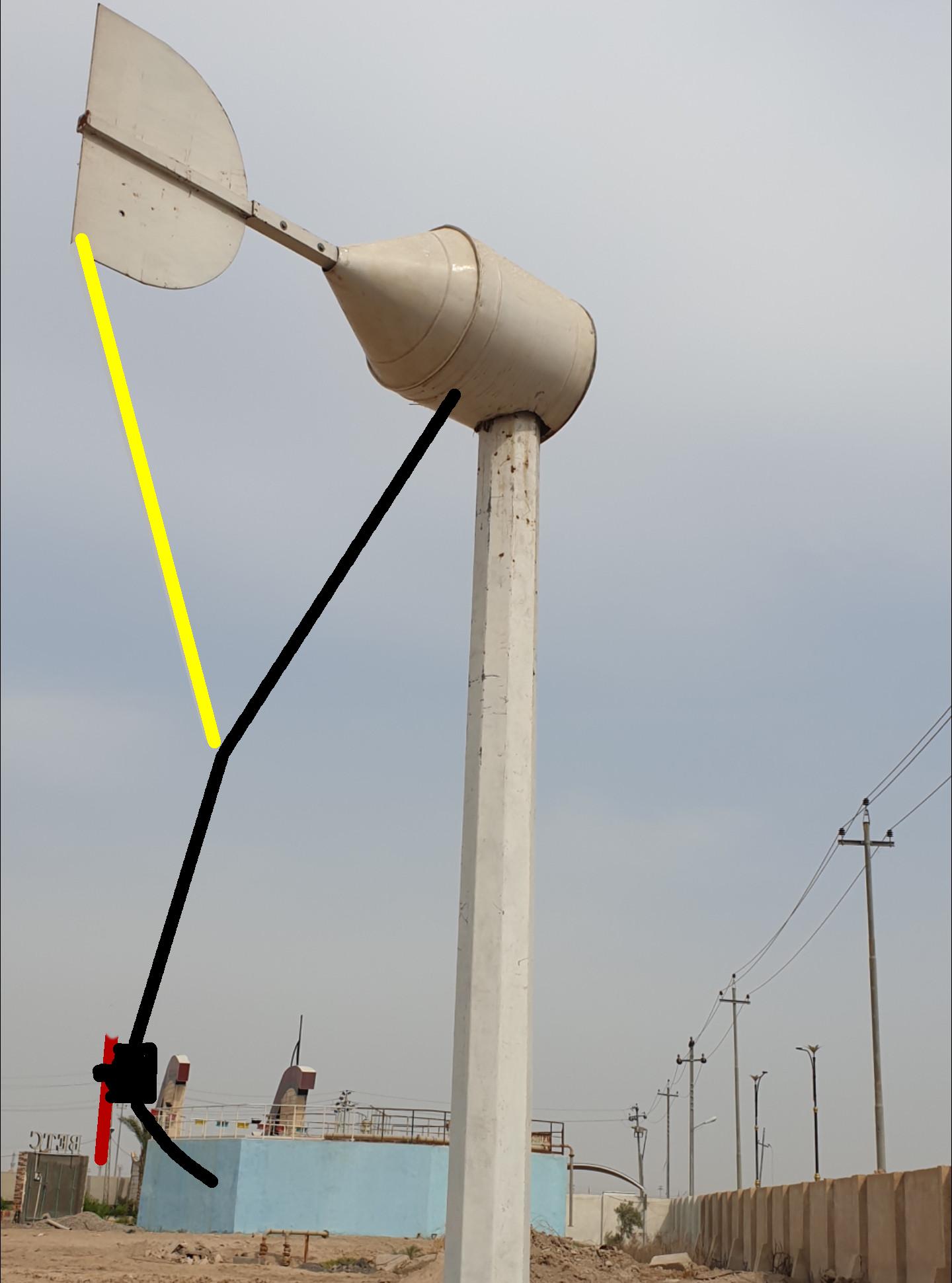 Not the answer you're looking for? Browse other questions tagged diy wind-power or ask your own question.

11
Trickle-charging batteries for outdoor usage/ wind turbine suggestions
9
Wind turbine vs. solar panel or both?
2
How many vessels does it take to build an offshore wind farm?
6
How quickly can the offshore-turbine supply chain expand?
7
What are the physical limits on wind turbine size?
3
How to log wind statistics data
4
Is there a recent study that shows how accurate wind turbine wake models are?
7
How are readings from the wind sensors mounted on wind turbines influenced by the blades' wakes?
4
Is there a simple on-line tool for estimating wind turbine power output?
4
How much land needed to dispose of blades from wind turbines?