How does the afterheating function work for a solar hot water controller?

I have Resol DeltaSol BX controller for my solar hot water which I would like to configure best for my situation but the wording is a bit puzzling for me to understand. It was installed about 9 years ago with 10 evacuated tubes on the roof which feeds hot water into my electric hot water cylinder. I don't want the hot water element unnecessarily activated using the power from my PV panels if it's being adequately heated by the sun.

Now there is an after heating function with three pairs of time frames on the controller, and this is set up for Arr 3 or Arrangement 3 on the controller. I think it means that if your hot water isn't hot enough as measured by the temperature sensor at the top of the HWC it kicks in the after heater element. The factory default for time frame 1 is T1O at 6:00 and T1F at 22:00 which I think means that between these times you can choose to boost the hot water with the electric element. There's a temperature setting that is active during this time frame of AHO (after heating on) and AHF (after heating off) with the factory setting of 40C and 45C. These are the instructions. 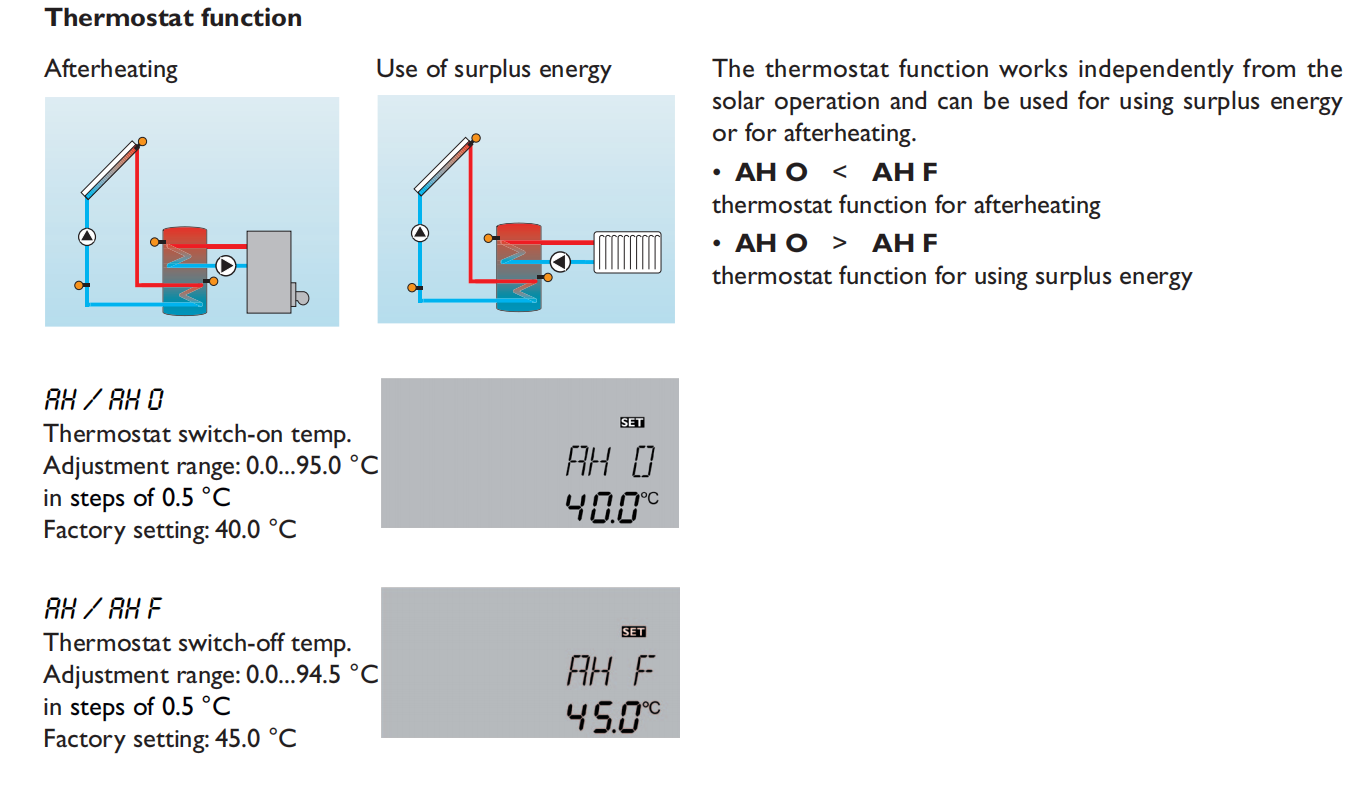 Now it says AHO is the switch on temperature, and AHF is the switch-off temperature. I can see why AHF stops the electric element above the default setting of 45C. But does AHO mean it turns the electric element on below AHO of 40C or turns it off? I think it means to turn on if below 40C but once it gets into the range of 40-45C, then turn off the element? The wording is problematic to me.

Browse other questions tagged solar or ask your own question.