What has been the greenhouse gas impact of shutting down Japanese nuclear power plants post-Fukushima?

For the sake of simplicity, I'm asking only about Japan's decision, not about other countries that are phasing out nuclear post-Fukushima.

(As a pre-emptive reply to any criticisms: I acknowledge that nuclear power is not sustainable as it indirectly generates greenhouse gases, and there's a limited supply of nuclear material. Also, that electricity generation and electricity usage could well have changed without the shutdown of nuclear power plants)

From 2004 to 2014, nuclear capacity did not change substantially: 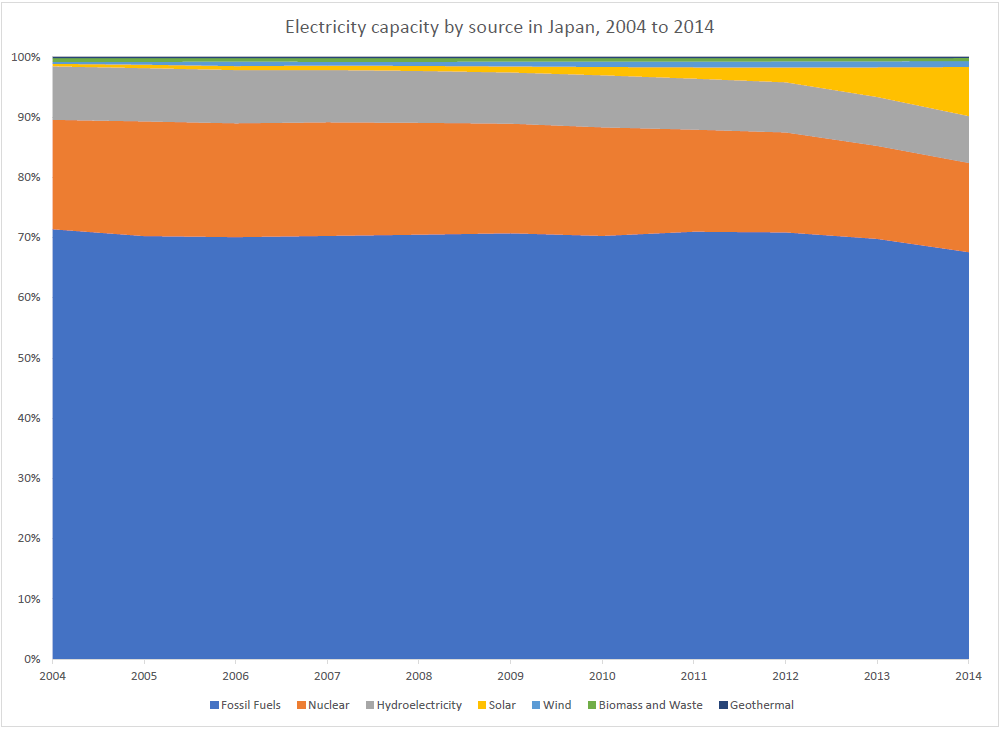 However, the generation mix did change quite a bit (2014 nuclear data not available, so this chart ends in 2013): 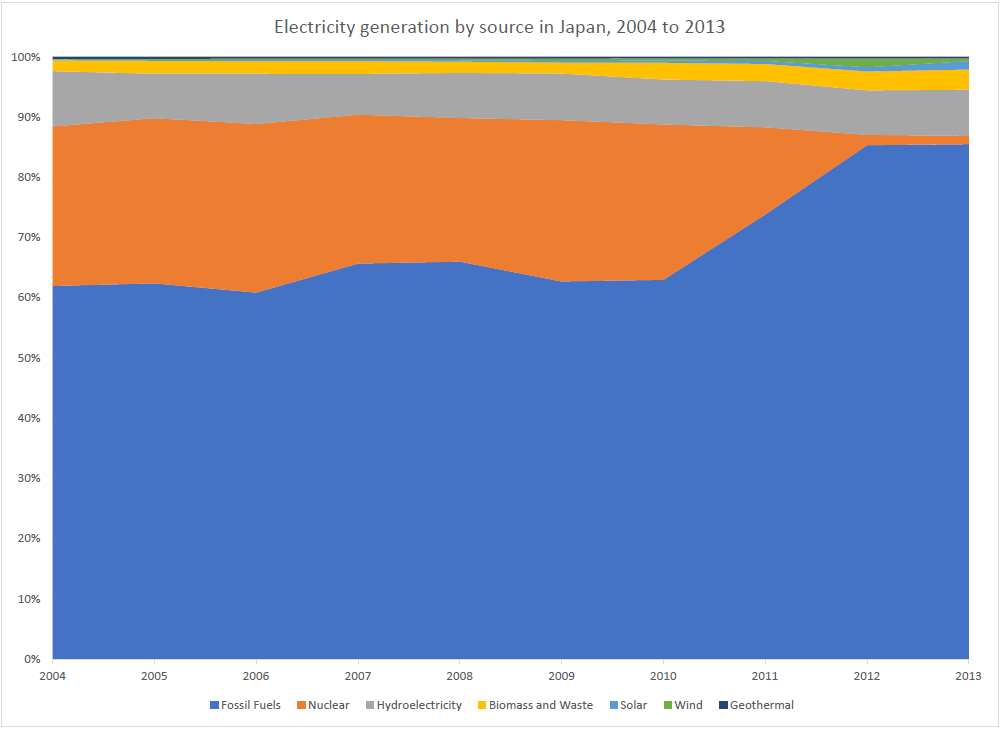 Here's a summary of the data from 2011, along with the two years before and after:

In order to determine how much more greenhouse gases were emitted as a result of the move away from nuclear after the Fukushima incident, let's assume:

Prior to the incident, fossil fuels accounted for about 63% of generation, and nuclear was about 26%. After, these numbers shift to 86% and 1%. That means that 23% of the total annual production moved from nuclear to fossil fuel.

If for simplicity's sake we assume the annual consumption of Japan is 1 trillion kWh, this means that about 230 billion kWh's worth of fossil fuels were burned to produce electricity, that would not have been used if the Fukushima incident had not occurred.

Prior to Fukushima, coal and natural gas each accounted for roughly 50% of primary fuels for electricity generation. Nearly all of the added generation after Fukushima came from natural gas (values are in metric tonnes of oil equivalent):

Note this data comes from "Annual primary fuel consumption," and thus includes more than just what is used for electricity production - some of the natural gas is likely used for heating, and some of the coal for steel production. However this shouldn't matter too much as we're most interested in the increase in consumption.

As @EnergyNumbers pointed out, it's really hard to give a definite answer to this question. I've made a whole series of assumptions here, and my numbers are rough as a result. But in the end, we could estimate that after Fukushima:

9
What are the greenhouse gas benefits of vegetarianism?
3
Is 3 phase electrical generation more efficient to utilize than single phase?
7
How many square kilometres of offshore wind farms would be required to replace the closing of a 4GW nuclear power station
4
What would happen to greenhouse gas emissions if no more humans were born?
2
How much does the methane content of natural gas vary, and what is the impact?
5
Why aren't all nuclear plants running at their full installed power to decrease emissions?
0
Under what circumstances are concentrated solar power plants more feasible than conventional solar panels?
5
What is the climate change impact of releasing one tonne of methane in the atmosphere vs. the impact of burning it?